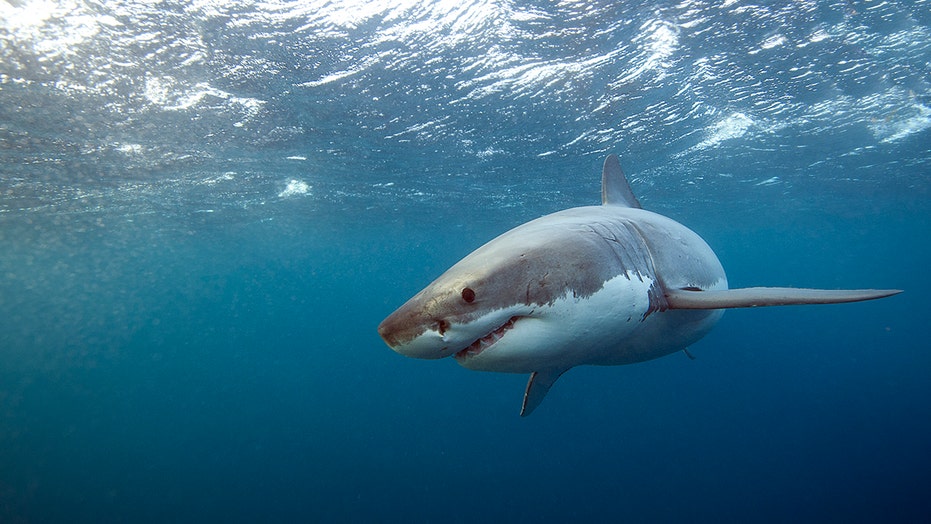 A woman filmed this incredible video of sharks swimming in a container on the back of a truck on I-95 in Baltimore.

As the population of great white sharks has increased along the California coastline, residents are reporting sightings of "juvenile" sharks near popular beaches.

The migratory creatures have been spotted by swimmers and beachgoers in Southern California, including on Memorial Day.

According to FOX5 San Diego, a California State Parks spokesman reported that a 7-foot-long juvenile great white had been seen by lifeguards near Black's Beach after an injured sea lion was found in the surf break.

California State Parks did not immediately respond to Fox News' request for comment on the incident.

The May 7 issue of Del Mar City Hall's Del Mar Weekly – a city around half an hour away – said lifeguards and researchers in the area had been monitoring the influx, tagging sharks, gathering data from underwater receiver buoys and studying aerial images from a drone.

The publication said that Cal State University Long Beach Shark Lab's Chris Lowe told officials that new data showed the numbers of white sharks have been dramatically increasing over the past decade.

"The waters off Southern California are a nursery for white sharks," Del Mar Weekly explained. "Once hatched, baby sharks must fend for themselves. Stingrays — which also gathered in great numbers last summer in Del Mar — provide an accessible food source."

FOX5 reported Tuesday that Lowe and his team have tagged around 120 sharks off the San Diego coast so far, although "shark season" is just beginning.

A similar study recently published in the journal Biological Conservation found that between 2011 and 2018, great white shark numbers in Pacific waters had notably risen.

They identified nearly 300 adult and sub-adult individual great whites – a figure up from a 2011 three-year study that found just 219 sharks.

The sharks can grow up to 20 feet in length and weigh more than 2,000 pounds.