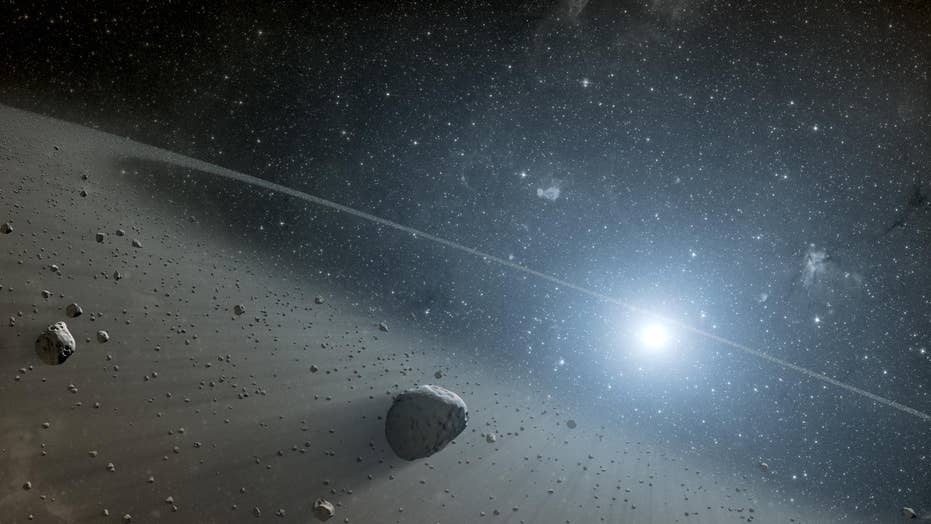 A 427-foot asteroid shaped like a pyramid is set to whiz past Earth on Sunday.

The space rock will fly harmlessly past our planet. Asteroid VH5 2019 will make its flyby at about 17.9 lunar distances on Dec. 8, according to the Center for Near-Earth Object Studies at NASA’s Jet Propulsion Laboratory. The asteroid has dimensions of 57 meters (187 feet) by 130 meters (426.5 feet), NASA says.

The average distance between Earth and the Moon is 238,855 miles, so the asteroid will be around 4.27 million miles from our planet when it makes its flyby. VH5 2019 will be traveling at 6.1 miles per second.

APOCALYPTIC ASTEROID STRIKE THAT COULD WIPE OUT HUMANITY IS ‘ONLY A MATTER OF TIME’, TOP SCIENTIST WARNS

Citing the asteroid’s dimensions, the Inquisitr website describes the rock as “pyramid-shaped,” noting that it is almost as large as the famous Great Pyramid of Giza.

The Apollo asteroid is one of five space rocks set to fly by Earth over the weekend, according to the Inquisitr, all at safe distances.

A massive 2,000-foot asteroid harmlessly zoomed past Earth last month. In 2017, a skyscraper-sized asteroid named 2010 NY65 flew past Earth at about eight times the distance between Earth and the moon.

In 2016, NASA opened a new office to track asteroids and comets that come too close to Earth. The Planetary Defense Coordination Office (PDCO) formalized the agency’s prior program for detecting and tracking near-Earth Objects, known as NEOs.

A recent study revealed that, over the last 290 million years, asteroids have been slamming Earth at triple their previous rate. Scientists, however, are unsure why.

NASA spotted a giant crater beneath Greenland’s ice that may be the result of a massive meteorite smashing into the Earth.