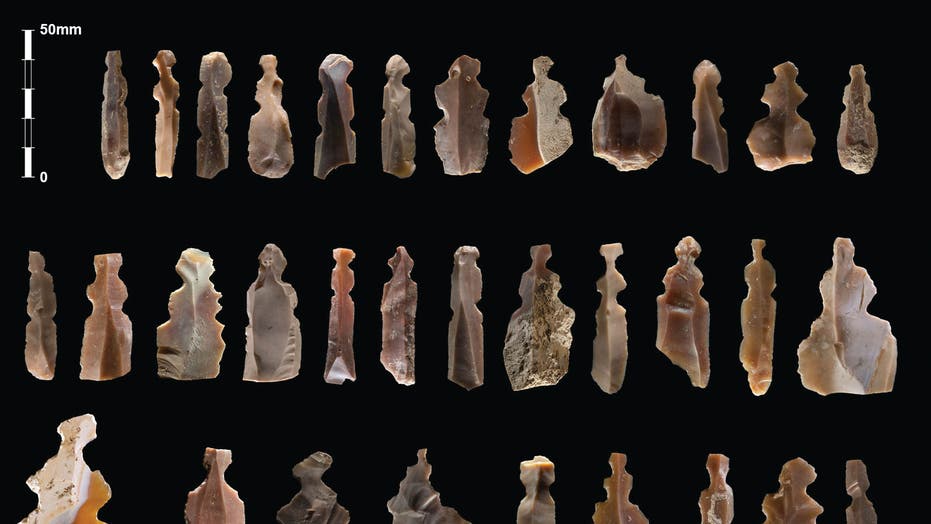 Archaeologists working on a dig in Jordan have uncovered depictions of humans dating back to 7500 B.C. that were likely used by a cult that dug up their dead.

The flint figurines were found in Kharaysin in Jordan’s Zarqa River valley. The unusual artifacts were used “during mortuary rituals and remembrance ceremonies that included the extraction, manipulation, and reburial of human remains,” according to a statement from the researchers that was emailed to Fox News.

An international team of researchers has published a paper on the discovery in the journal Antiquity.

“One of the excavators suggested they were figurines, which the rest of the team were skeptical about,” said lead author Dr. Juan Ibáñez of the Milà i Fontanals Institution at the Spanish National Research Council (CISC). “However, the more we studied the stronger the idea appeared.”

The experts note that the figurines point to an artistic change that was occurring during the early Neolithic period. Animal images were previously used, but from about 8500 B.C., human iconography appeared.

Most of the figurines were found in an area of the site that contains seven original burials, shedding light on the cult’s burial practices. Some of the burials were reopened to remove pieces of the skeleton, including one whose skull had been removed, according to the researchers. “Another deceased individual was dug up from elsewhere and reburied in this funerary area, a process also repeated with several other pieces of skeleton,” they said in the statement.

Other sites in the region have recently been shedding light on ancient cultic rituals. Ancient cannabis and frankincense, for example, were recently discovered at Biblical-era shrine in Israel.

Material on the altars of the shrine, which was originally at Tel Arad in the Beersheba Valley, was found to include cannabis and frankincense. The shrine, which dates back to around 750 to 715 B.C., has been rebuilt at the Israel Museum in Jerusalem.