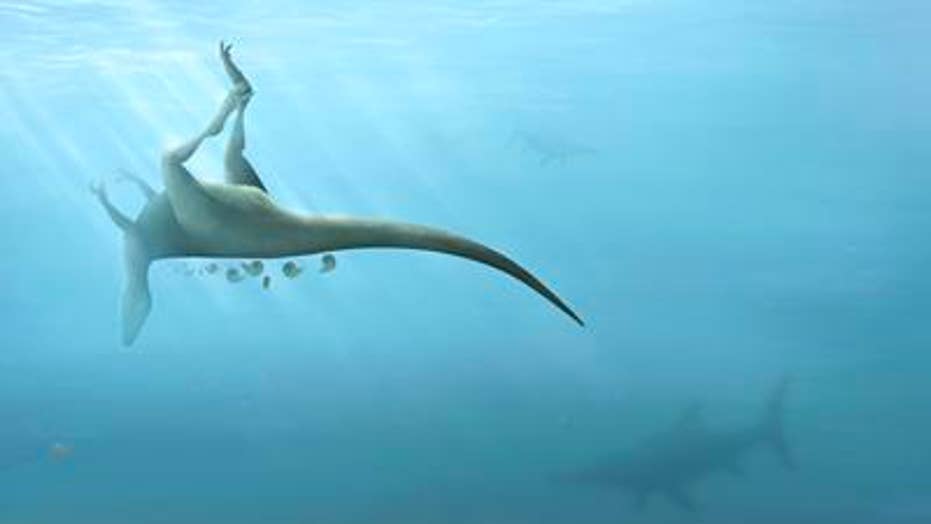 A new species of dinosaur related to Tyrannosaurus rex has been discovered in the U.K.

Paleontologists at the University of Southampton identified the new species after studying four bones that were recently uncovered on the Isle of Wight. The bones belong to a new species of theropod dinosaur, the group that includes Tyrannosaurus rex, the experts said.

“The dinosaur lived in the Cretaceous period 115 million years ago and is estimated to have been up to four metres (13.1 feet) long,” paleontologists said in a statement. The new dinosaur species has been named Vectaerovenator inopinatus on account of the large air spaces in some of the bones.

A paper on the study will be published in the journal Papers in Palaeontology.

“We were struck by just how hollow this animal was – it’s riddled with air spaces," said Chris Barker, a doctoral student at the University of Southampton, who led the study. "Parts of its skeleton must have been rather delicate."

The bones were found in three separate discoveries over a period of weeks last year and given to the Dinosaur Isle Museum on Sandown, Isle of Wight. Two of the discoveries were made by individuals and one by a family.

Earlier this year, in another project, experts discovered a "dinosaur stomping ground" on the Isle of Skye off the northwest coast of Scotland.