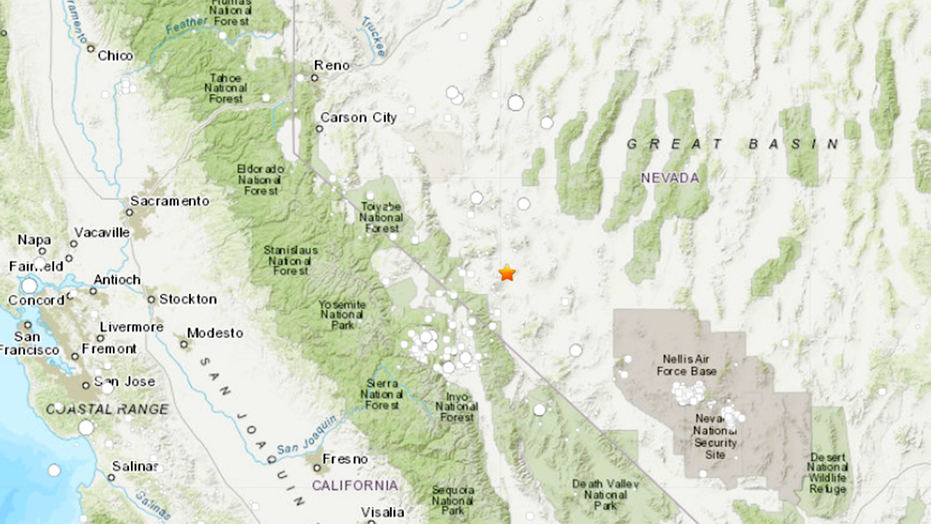 The largest earthquake to hit Nevada in several years happened on Tuesday, followed by a series of tremors, officials said.

According to the United States Geological Survey, the 5.1 magnitude quake occurred near Mina, Nev., hitting at 11:32 p.m. local time at a depth of 5 kilometers.

It also resulted in several tremors, with magnitudes in the 2.5 to 2.6 range, the USGS added.

The quake was Nevada's largest since 2008 and was felt as far away as the San Joaquin and Sacramento valleys in California, The Mercury News reported.

The earthquake resulted in a number of posts to social media, including those talking about aftershocks.

Cal Poly Pomona professor Jascha Polet tweeted the Mina earthquake may not be related to the recent Monte Cristo earthquake and wondered if a new fault (strand) has been activated.

So far, 112 people have responded to the USGS' "felt report" feature.

Mina is a relatively unpopulated town in Nevada, with just 155 people living there, according to the 2010 Census.