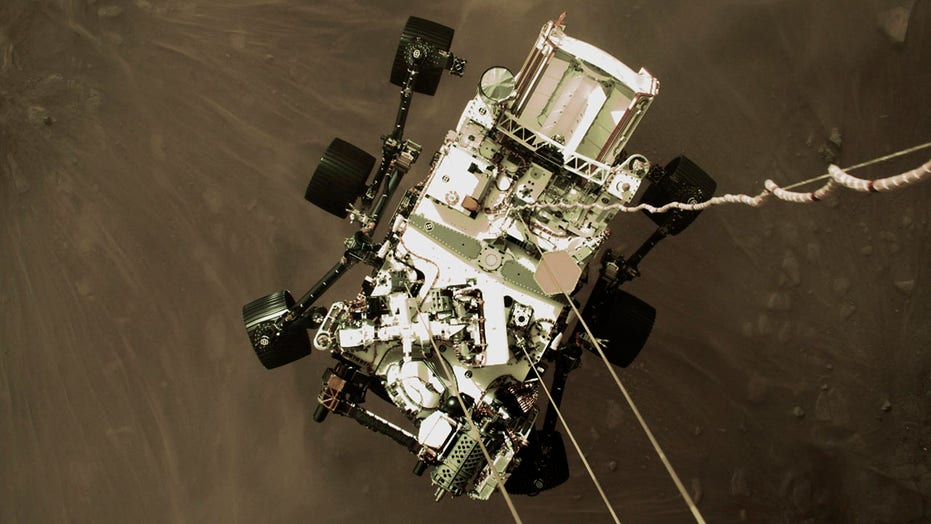 NASA is slated to announce what it says is a "series of firsts" in its Mars 2020 Perseverance rover mission.

On Friday, mission team members from Southern California's Jet Propulsion Laboratory (JPL) will hold their first news conference since the expedition began and the rover touched down on the red planet's surface in February.

The teleconference and visuals are set to stream live on NASA's JPL YouTube channel at 3:30 p.m. ET.

While not much is known about the news, in a Wednesday release NASA wrote that mission controllers "have made substantial progress as they prepare the rover for the unpaved road ahead."

"Since landing, NASA’s largest, most sophisticated Mars rover yet has gone through checks on every system and subsystem and sent back thousands of images from Jezero Crater. These checks will continue in the coming days, and the rover will make its first drives," the space agency said.

"Each system checkout and milestone completed marks a significant step forward as the rover prepares for surface operations. The primary mission is slated for one Martian year, or 687 Earth days," NASA added.

In addition to presenting previous accomplishments, the Perseverance team will spotlight what "firsts" are to come as they forge past the testing stage.

In a Wednesday tweet, Iona Brockie, an engineer on the Mars 2020 rover, said that the team had successfully moved the rover's robotic arm.

In an accompanying tweet from the official Perseverance account, @NASAPersevere wrote that the rover had been "doing lots of health checkouts, getting ready to get to work."

"I’ve checked many tasks off my list, including instrument tests, imaging, and getting my arm moving. Warming up for a marathon of science," the tweet read.

Alana Johnson, NASA Planetary Science Division's senior communications specialist, told Fox News that the conference is an "update briefing on how all the system check-outs are going."

Members of the public can ask questions during the conference on social media using the hashtag #CountdownToMars.