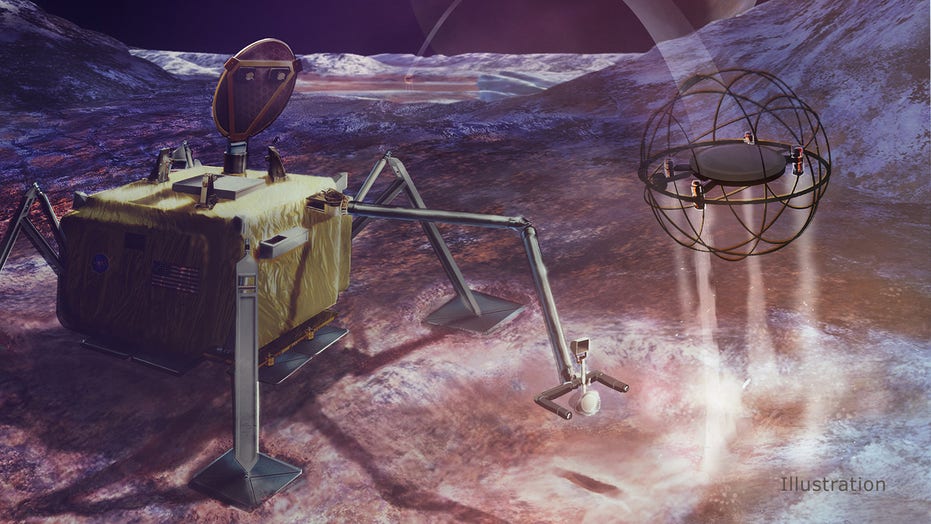 NASA's plans to explore the ice moons of the Solar System are getting more detail as the space agency is developing a robot that would use steam to power itself in deep space.

In a post to its website, NASA's Jet Propulsion Laboratory notes researchers are developing a soccer-ball sized robot known as SPARROW (Steam Propelled Autonomous Retrieval Robot for Ocean Worlds) that "would use steam propulsion to hop across the sort of icy terrains found on Jupiter's moon Europa and Saturn's moon Enceladus."

"The terrain on Europa is likely highly complex," said Gareth Meirion-Griffith, JPL roboticist and the lead researcher of the concept, in the statement. "It could be porous, it might be riddled with crevasses, there might be meters-high penitentes" - long blades of ice known to form at high latitudes on Earth - "that would stop most robots in their tracks. But SPARROW has total terrain agnosticism; it has complete freedom to travel across an otherwise inhospitable terrain."

Moons In this artist's concept, a SPARROW robot uses steam propulsion to hop away from its lander home base to explore an icy moon's surface. (Credit: NASA/JPL-Caltech)

Both moons have been mentioned as candidates to possibly host life previously, including one study published in December 2019 that suggested they could be "indigenous."

By using steam to power the robot, SPARROW could thrive in the "low-gravity environment" on Enceladus and Europa, hopping "many miles over landscapes that other robots would have difficulty navigating," NASA added.

Enceladus and Europa both likely have oceans that exist under a layer of ice crust. In 2019, researchers determined Enceladus' ocean is likely 1 billion years old, placing it in the sweet spot for supporting life.

In 2018, researchers acknowledged they had found the "building blocks" for life on Enceladus, having discovered complex organic molecules.

JPL notes that the SPARROW concept is dependent upon a lander to serve as a home base for it. The lander would "mine ice and melt it" prior to putting it on SPARROW, which would later heat it and create the steam necessary to power itself.

JPL added that it's possible "many SPARROWs could be sent together, swarming around  a specific location or splitting up to explore as much alien terrain as possible."

Enceladus is not the only celestial satellite of Saturn to intrigue scientists. In June, NASA announced the latest mission in its New Frontiers program. Known as Dragonfly, the mission will explore Saturn's largest moon, Titan, which could potentially host extraterrestrial life.

Two months later, NASA confirmed it would launch a mission to Europa, a trek that could answer whether the icy celestial body could be habitable for humans and support life.