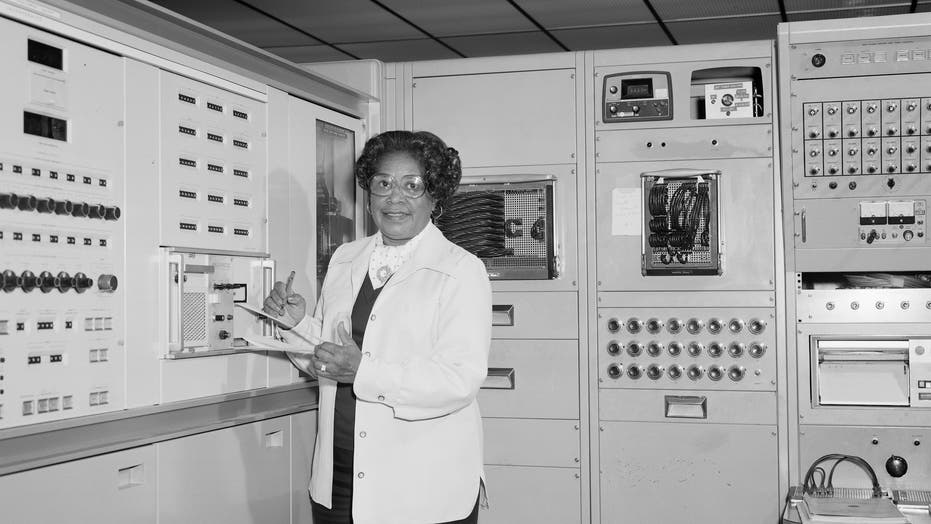 Earlier this week, NASA announced that it is renaming its headquarters building in Washington D.C. after Mary W. Jackson, the space agency’s first black female engineer.

“Jackson started her NASA career in the segregated West Area Computing Unit of the agency’s Langley Research Center in Hampton, Virginia,” explained NASA in a statement, announcing the headquarters name change. “Jackson, a mathematician and aerospace engineer, went on to lead programs influencing the hiring and promotion of women in NASA's science, technology, engineering, and mathematics careers.”

Her path to becoming a NASA engineer was circuitous. A 1942 graduate of Hampton Institute, with a dual degree in Math and Physical Sciences, Jackson, she initially worked as a math teacher at a black school Calvert County, Md., according to her NASA biography. She then worked as a receptionist at the King Street USO Club in her hometown of Hampton, Va. before becoming a bookkeeper in the Hampton Institute’s Health Department, and, later, as an Army secretary at Fort Monroe. In 1951, Jackson joined the Langley Memorial Aeronautical Laboratory’s segregated West Area Computing section.

"After two years in the computing pool, Mary Jackson received an offer to work for engineer Kazimierz Czarnecki in the 4-foot by 4-foot Supersonic Pressure Tunnel, a 60,000 horsepower wind tunnel capable of blasting models with winds approaching twice the speed of sound," explains NASA on its website. "Czarnecki offered Mary hands-on experience conducting experiments in the facility, and eventually suggested that she enter a training program that would allow her to earn a promotion from mathematician to engineer."

"Trainees had to take graduate-level math and physics in after-work courses managed by the University of Virginia," NASA added. "Because the classes were held at then-segregated Hampton High School, however, Mary needed special permission from the City of Hampton to join her white peers in the classroom. Never one to flinch in the face of a challenge, Mary completed the courses, earned the promotion, and in 1958 became NASA’s first black female engineer."

That same year, she co-authored the report "Effects of Nose Angle and Mach Number on Transition on Cones at Supersonic Speeds," the first of around a dozen research reports she would produce for the space agency.

SCIENTISTS DISCOVER DISTANT 'MIRROR IMAGE' OF THE EARTH AND THE SUN

Jackson retired from NASA in 1985 and died in 2005 at age 83. The pioneering engineer was portrayed by Janelle Monae in the popular 2016 movie, “Hidden Figures.”

“Mary W. Jackson was part of a group of very important women who helped NASA succeed in getting American astronauts into space,” said NASA Administrator Jim Bridenstine, in the statement. “Mary never accepted the status quo, she helped break barriers and open opportunities for African Americans and women in the field of engineering and technology.”

“Hidden no more, we will continue to recognize the contributions of women, African Americans, and people of all backgrounds who have made NASA’s successful history of exploration possible,” he added.

Current and former astronauts paid tribute to Jackson's achievements and her incredible legacy.

"So excited to hear about this! Mary Jackson broke through barriers and became a hero to so many, including me. NASA was lucky to have her on the team then and will continue to draw from her strength and skills as her legacy inspires and educates into the future," tweeted astronaut Christina Koch, who returned earlier this year from a record-breaking 328-day stint on the International Space Station.

"Congratulations Mary Jackson. Thanks for helping me and many others explore the Cosmos," tweeted Leland Melvin, who served on space shuttle missions STS-122 and STS-129.

Part of the street in front of NASA headquarters is called “Hidden Figures Way" and a computer research facility at Langley is named for Katherine Johnson, another of the “Hidden Figures” mathematicians, who died in February. A NASA facility is also named for her in West Virginia, her home state.