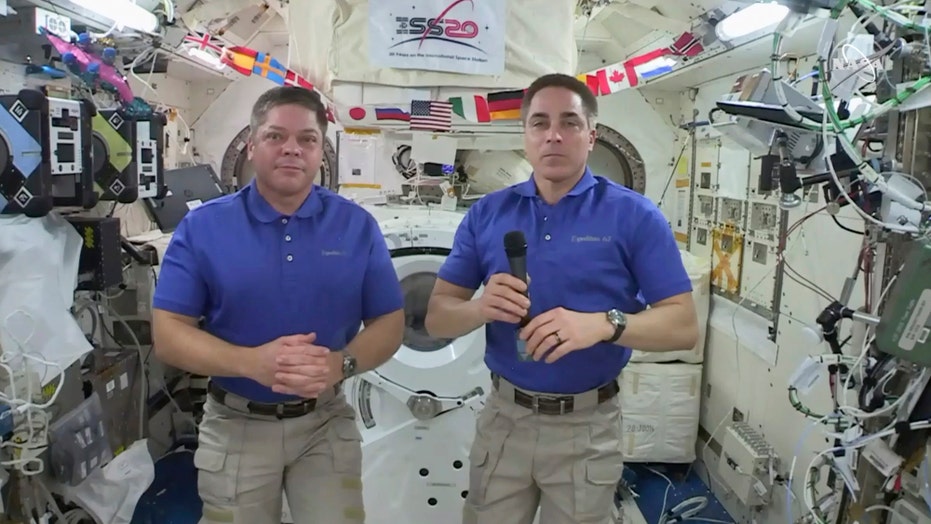 Early on Wednesday NASA astronauts Chris Cassidy and Bob Behnken will emerge from the International Space Station on a spacewalk to upgrade the orbiting lab’s power systems.

The spacewalk comes just a few days after Cassidy lost a mirror during an otherwise successful maintenance excursion outside the space station.

Helped by fellow NASA astronaut Doug Hurley, Cassidy and Behnken were making final preparations Tuesday for the next spacewalk. Cassidy and Behnken will start the spacewalk at 7:35 a.m. EDT Wednesday, according to NASA, which says that the extravehicular activity (EVA) will last about six-and-a-half hours.

“Cassidy and Behnken have one more aging nickel-hydrogen battery to remove from the Starboard-6 truss structure and place into an external pallet,” NASA explained on its website. “They will replace it with a new lithium-ion battery that will channel power collected from the station’s main solar arrays. After that work, the duo will move on and route power and ethernet cables before going back inside the orbiting lab to wrap up their spacewalk.”

Last week Cassidy and Behnken made the first of four scheduled spacewalks to replace aging batteries. While the spacewalk was successful, ISS Commander Cassidy did lose a mirror during the project, which he has described as “a real bummer.”

Cassidy said he has no idea how the small mirror on his left sleeve came off. The band for the mirror is on pretty tight, he noted, and it may have caught on a metal tether attachment as he exited the airlock Friday.

“I just happened to glance down and I saw this reflecting thing disappearing into the darkness, and that was the last I saw of it,” Cassidy said in an interview with The Associated Press. “That was a real bummer for me.”

He’ll use a spare for Wednesday’s spacewalk. Spacewalking astronauts wear a mirror on each sleeve to see the displays on their chest control panel.

SPACEX MAKES HISTORY, LAUNCHES NASA ASTRONAUTS INTO SPACE FROM US SOIL FOR THE FIRST TIME SINCE 2011

Hurley and Behnken reached the International Space Station last month after the eagerly anticipated launch of the Demo-2 mission from Kennedy Space Center atop a SpaceX Falcon 9 rocket.

The mission is the first time that astronauts have launched from American soil since the final Space Shuttle flight in 2011.

Doug Hurley, along with Russian cosmonaut Ivan Vagner, will help Cassidy and Behnken during Wednesday’s spacewalk.

“Hurley will be on duty helping the spacewalkers in and out their spacesuits and monitoring the excursion,” NASA said on its website. “Roscosmos cosmonaut Ivan Vagner will assist the NASA trio on Wednesday.”