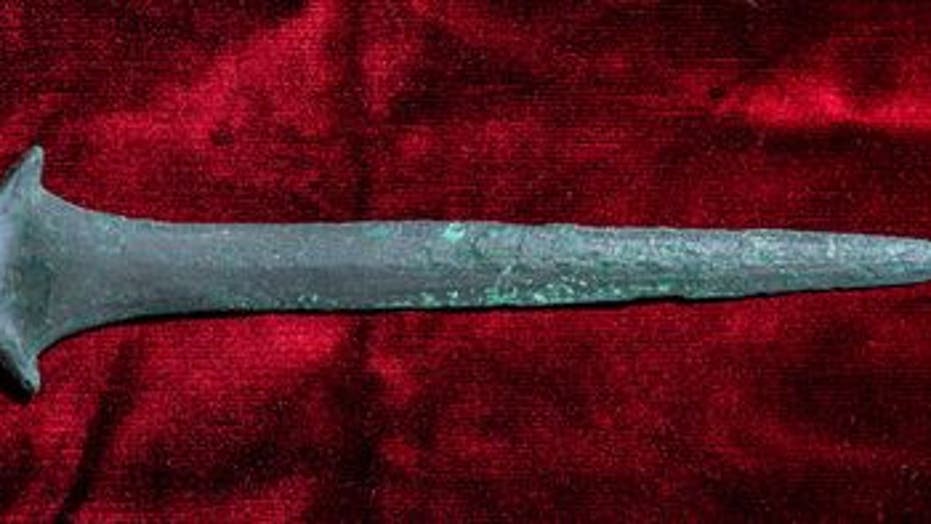 A doctoral student in Italy discovered an ancient 5,000-year-old sword in a Venetian monastery.

The student, Vittoria Dall'Armellina, was visiting the San Lazzaro degli Armeni Museum on an island in the Venetian lagoon when she spotted a small sword in a display cabinet among a number of medieval items.

LiveScience reports that when Dall'Armellina spotted the sword in 2017 she was a doctoral student at the Ca’ Foscari University of Venice.

Dall’Armellina confirmed that the sword had never been recorded in the museum’s catalog of Near East ancient objects and conducted further research on the weapon. This confirmed her suspicions that the sword was thousands of years old. “The sword doesn’t just resemble the most ancient weapons in the world, but it was also forged around the same time, around the year 3000 B.C.,” explained the Ca’ Foscari University of Venice in a statement.

Dall'Armellina had studied swords in the ancient Near East extensively, and thought that the weapon looked much older than the medieval period. The sword looked similar to 5,000-year-old weapons found in the ancient Royal Palace of Arslantepe, a UNESCO World Heritage Site in what is now Turkey.

The island of San Lazzaro degli Armeni is home to a monastery of Mekhitarists, or Armenian Catholic monks. Dall’Armellina worked with Father Serafino Jamourlian, who searched the museum’s archives to find that the sword came from to Venice from Trabzon in Turkey during the second half of the 19th century.

Metal analysis of the sword was conducted by Ivana Angelini, a professor at the University of Padua in Italy, and the CIBA archaeological research center.

Experts note that, unlike other swords recovered from the Royal Palace of Arslantepe, the sword was undecorated, so it may have been used in actual combat. It may also have been part of a burial.

“The sword was forged during a period of time in which Anatolian and Caucasian burials began to be adorned with a rich array of grave goods, with weapons and jewels, a sign of the emergence of a new warrior elite,” explained the Ca’ Foscari University of Venice, in the statement.

3,200-YEAR-OLD SWORD DISCOVERED AMONG THE STONES OF MYSTERIOUS ANCIENT MONUMENT

“The sword’s real story is still shrouded in mystery,” the university added.

Other sword discoveries have been garnering attention in recent years. Last year, for example, workers digging a sewer in the Danish city of Aalborg unearthed a remarkably well-preserved sword that dates back to at least the 14th century.

Also in 2019, archaeologists on the Spanish island of Mallorca uncovered a stunningly well preserved Bronze Age sword among the stones of an ancient monument.

In 2017, an incredibly well-preserved Viking sword was found by a reindeer hunter on a remote mountain in Southern Norway.