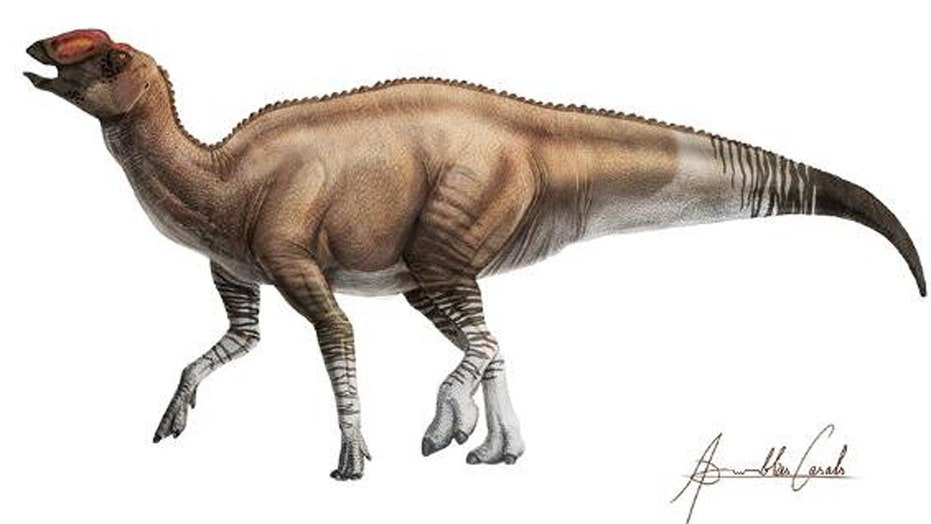 Known for its aquiline nose and wide lower jaw, Aquilarhinus palimentus was discovered in the 1980s in Big Bend National Park, but it was not until the 1990s when researchers found an arched nasal crest that was previously thought to belong to another dinosaur. The odd lower jaw, which is "shaped like two trowels laid side by side," was also found. Paleontologists recently analyzed the skull and found that it was more primitive than Gryposaurus and the two major groups of duck-billed dinosaurs.

"This new animal is one of the more primitive hadrosaurids known and can therefore help us to understand how and why the ornamentation on their heads evolved, as well as where the group initially evolved and migrated from," the study's lead author, Dr. Albert Prieto-Márquez from the Institut Català de Paleontologia Miquel Crusafont, said in a statement.

"Its existence adds another piece of evidence to the growing hypothesis, still up in the air, that the group began in the southeastern area of the U," Prieto-Márquez added.

"The recognition of this lineage adds to the diversity of non-saurolophid hadrosaurids and points to the existence of a hitherto unknown diversity of ‘duck-billed’ dinosaurs outside of the saurolophine-lambeosaurine radiation," the study's abstract states.

Hadrosaurids were the most common types of herbivores towards the end of Mesozoic Era and all had similar looking snouts. However, Aquilarhinus, with its wide jaws that met "in a peculiar W-shape," was vastly different from other hadrosaurids of the era, which met in a U-shape to crop plants.

It's likely that Aquilarhinus would have been shoveling through loose sediment to gather loosely-rooted aquatic plants in the area that is now Chihuahuan desert.

"Cranial crests were ancestral for early hadrosaurids and evolved before the saurolophid radiation," the abstract added. "Ancestrally, crests were ‘solid’, and consisted of arched nasals. These were retained among kritosaurins and subsequently modified into the diverse crest morphologies observed among derived saurolophines."

The study was published in the Journal of Systematic Paleontology.