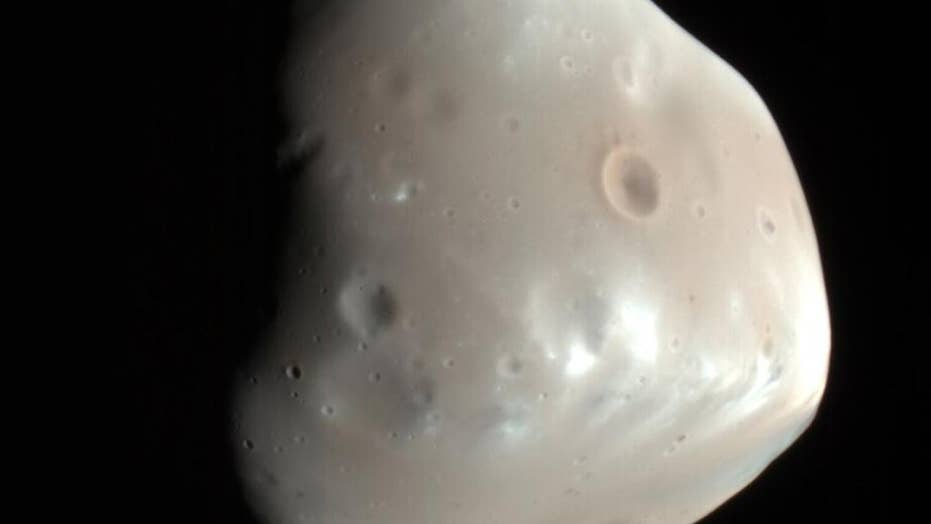 There are four planets in the Solar System that have rings — Jupiter, Saturn, Uranus and Neptune. A new study, however, suggests that Mars may have also once been a ringed planet.

The research highlights that one of Mars' moons, Deimos, has a slightly altered orbit that suggests there was something responsible for its slight tilt.

“The fact that Deimos’s orbit is not exactly in plane with Mars’s equator was considered unimportant, and nobody cared to try to explain it,” said the study's lead author Matija Ćuk, a research scientist at the SETI Institute, in a statement. “But once we had a big new idea and we looked at it with new eyes, Deimos’s orbital tilt revealed its big secret.”

Deimos is slightly tilted by two degrees to the Martian equator.

The researchers noted that the findings came after looking at Mars' other moon, Phobos, which they note will eventually orbit too low to the planet (in an astronomical time frame) and the Red Planet's gravity will tear it apart and form a ring around Mars.

The theory that Mars' moons break up and form rings has another element to it, the researchers noted. "[A] newborn moon would move away from the ring and Mars," the statement reads. "Which is in the opposite direction from the inward spiral Phobos is experiencing due to gravitational interactions with Mars. An outward-migrating moon just outside the rings can encounter a so-called orbital resonance, in which Deimos’s orbital period is three times that of the other moon."

The study has been accepted for publication in Astrophysical Journal Letters.

Researchers are learning more about Mars' ancient past. A study published in March suggested the Red Planet had two unique reservoirs of ancient water that once flowed deep beneath the planet's surface.

NASA is slated to launch the recently renamed Perseverance rover on July 17, 2020. In March, Fox News reported the pandemic had not yet impacted launch preps for the unmanned rover, with work "continuing on schedule."