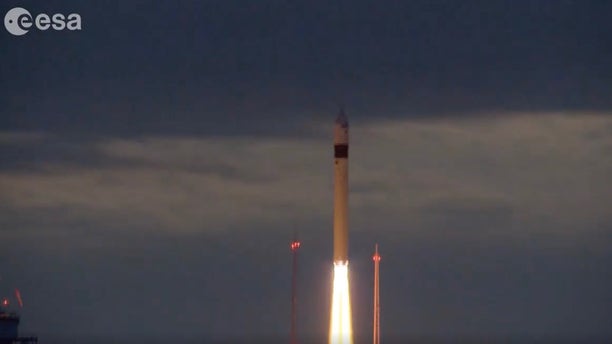 If all goes according to plan, the 2,535-lb. (1,150 kilograms) Sentinel-3B will settle into a polar orbit 506 miles (815 kilometers) above Earth — the same path followed by its twin, Sentinel-3A, which launched in February 2016. [Earth from Space: Classic NASA Photos]

Like Sentinel-3A, the newly lofted satellite will use a suite of instruments to keep tabs on Earth's seas, land and air, shedding light on how our planet ticks, and how it's changing. Both Sentinel-3s are designed to operate for at least seven years, and they carry enough fuel to last a dozen years.

"As well as measuring the oceans, the mission also delivers unique and timely information about changing land cover, vegetation, urban heat islands and for tracking wildfires," they added.

Sentinel-3 is part of the Copernicus Earth-observation program, a project run by the European Commission with the aid of ESA. More than 30 satellites currently fall under the Copernicus umbrella, ESA officials said.

Many of these craft are Sentinels that reached orbit in the past few years. For example, the Sentinel-1A and Sentinel-1B radar satellites launched in April 2014 and April 2016, respectively. Sentinel-2A and Sentinel-2B got off the ground in June 2015 and March 2017, on missions to gather high-resolution optical imagery. And the pollution-monitoring Sentinel-5P rode a Rockot to orbit in October 2017.

The Rockot has an interesting history: The three-stage, 95-foot-tall (29 meters) rocket was derived from the SS-19 intercontinental ballistic missile, which the Soviet Union developed in the 1970s. The rocket began flying space missions in the 1990s, and the German company Eurockot Launch Services — the provider for today's launch — has flown it out of Plesetsk since 2000.