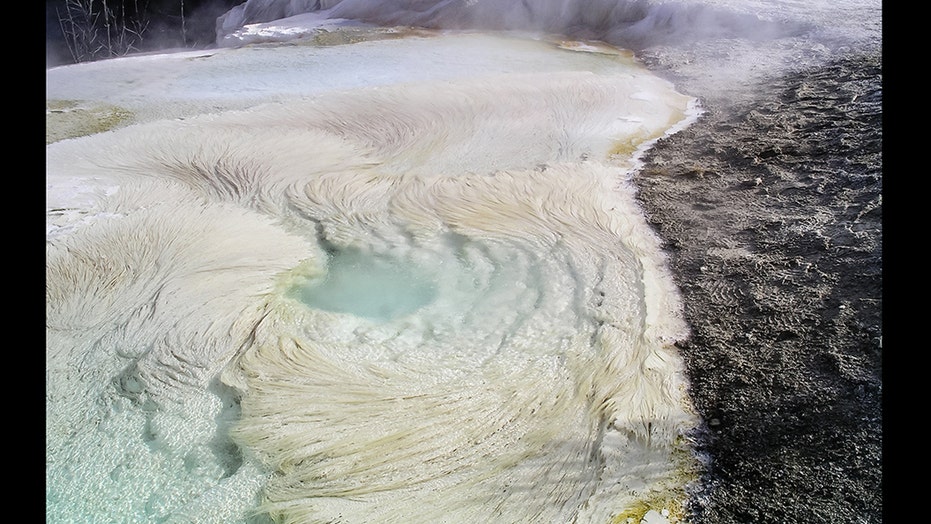 The search for life on Mars may come down to whether the Red Planet is more like Olive Garden than the Brooklyn Botanic Garden.

According to a new research paper published in the scientific journal Astrobiology, rocks that look like the Italian pasta fettuccine may be the clearest sign that bacteria, known as Sulfurihydrogenibium yellowstonense, lived on ancient Mars.

“If we see the deposition of this kind of extensive filamentous rock on other planets, we would know it’s a fingerprint of life,” University of Illinois geology professor Bruce Fouke said in a statement. “It’s big and it’s unique. No other rocks look like this. It would be definitive evidence of the presence of alien microbes.”

COULD LIFE ON MARS BE LURKING DEEP UNDERGROUND?

Fouke added credence to the notion that Sulfurihydrogenibium yellowstonense may have been on ancient Mars, stating that the bacteria descended from other bacteria that lived on Earth approximately 2.35 billion years ago, prior to the oxygenation of our planet.

The bacteria, which Fouke also calls "Sulfuri," was taken from Yellowstone National Park's Mammoth Hot Springs, analyzed and found to have properties that would let it live in "extremely hot, fast-flowing water bubbling up from underground hot springs." Unsurprisingly, Fouke and his team used sterilized pasta forks to collect the samples.

Sulfuri is also able to withstand exposure to ultraviolet light and uses sulfur and carbon dioxide as energy, thriving in areas with low oxygen levels.

“Taken together, these traits make it a prime candidate for colonizing Mars and other planets,” Fouke added.

In Yellowstone, the bacteria live in strings up to 4 inches in length, which then stick together. They then get "entombed" by rock and coated with calcium carbonate crystals in what looks like layers of pasta. The rocks "hang on for dear life" in fast-flowing water, Fouke said, which help form their unique shape.

“They form tightly wound cables that wave like a flag that is fixed on one end,” he continued. “These Sulfuri cables look amazingly like fettuccine pasta, while further downstream look more like capellini pasta,” Fouke said.

By running tests on both the bacteria and rock, looking at DNA samples and the crystal carbonite (travertine), the researchers concluded that its presence could be easily found, if life existed on Mars billions of years ago.

“This should be an easy form of fossilized life for a rover to detect on other planets,” Fouke said.