Katherine Johnson, a NASA mathematician and trailblazer for racial justice who is one of the space agency's most inspirational leaders, has died. She was 101.

NASA Administrator Jim Bridenstine said in a statement that Johnson "helped our nation enlarge the frontiers of space even as she made huge strides that also opened doors for women and people of color in the universal human quest to explore space. Her dedication and skill as a mathematician helped put humans on the moon and before that made it possible for our astronauts to take the first steps in space that we now follow on a journey to Mars." 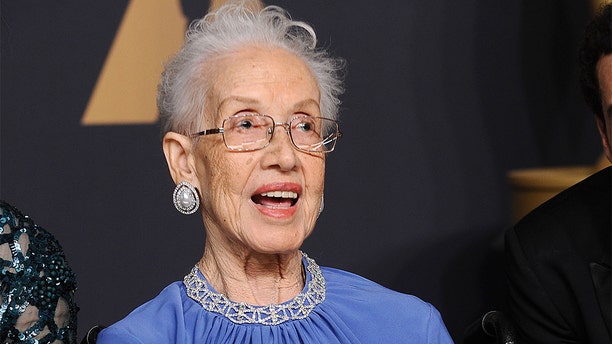 Johnson initially worked with other black women in a racially segregated computing unit in Hampton, Va., that wasn't officially dissolved until NACA became NASA in 1958. Signs had dictated which bathrooms the women could use. Johnson focused on airplanes and other research at first. But her work at NASA's Langley Research Center eventually shifted to Project Mercury, the nation's first human space program.

"We are saddened to learn of the passing of Katherine G. Johnson, a woman whose service to NASA and our nation will not be forgotten. Her strength of character, bravery and mastery of mathematics helped America push beyond inequality to accomplish what some thought impossible," Clayton P. Turner, Director, NASA’s Langley Research Center, said in a statement. "Her life will inspire Americans for generations to come."

Johnson was awarded the Presidential Medal of Freedom by President Obama on Tuesday, Nov. 24, 2015.

The esteemed mathematician was featured in the 2016 film "Hidden Figures," which told the story of a group of African-American women whose contributions were integral to NASA's initial space missions. Johnson was portrayed by the actress Taraji P. Henson in the movie, which won several awards. 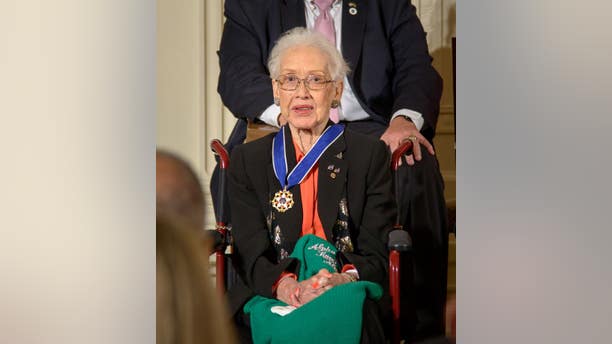 Former NASA mathematician Katherine Johnson is seen after President Barack Obama presented her with the Presidential Medal of Freedom, Tuesday, Nov. 24, 2015, during a ceremony in the East Room of the White House in Washington. (NASA/Bill Ingalls) (NASA/Bill Ingalls)

After attending graduate school and working as a public school teacher, she was hired in 1953 by what today is known as NASA’s Langley Research Center but then was called the Langley Memorial Aeronautical Laboratory. Johnson retired from the center in 1986. “I loved going to work every single day,” she said. 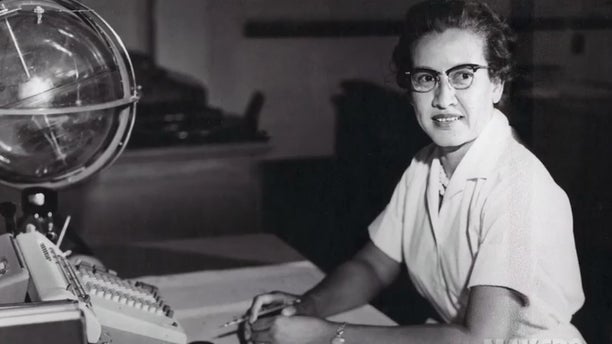 Katherine Johnson, pictured here at NASA's Langley Research Center, where she worked as a computer and mathematician from 1953 to 1986. (AP)

“At NASA we will never forget her courage and leadership and the milestones we could not have reached without her. We will continue building on her legacy and work tirelessly to increase opportunities for everyone who has something to contribute toward the ongoing work of raising the bar of human potential," Bridenstone said. "She was an American hero and her pioneering legacy will never be forgotten."