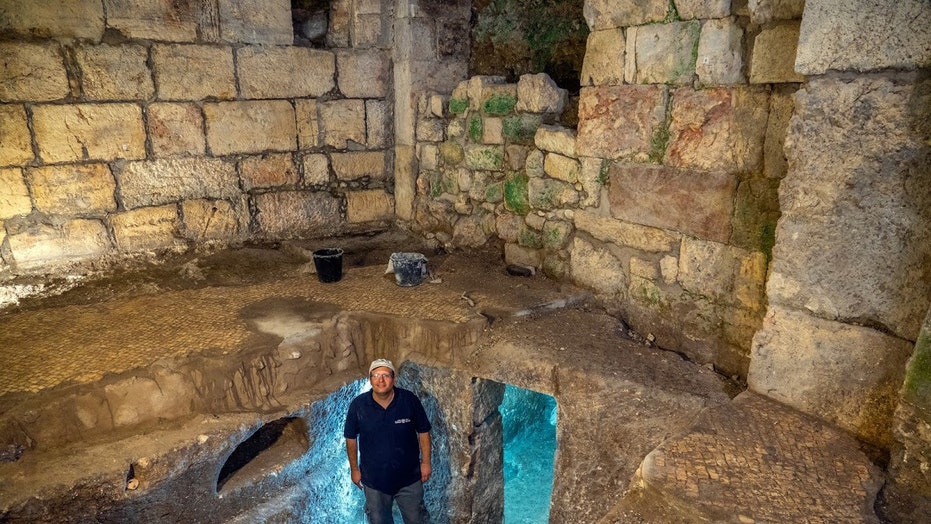 Archaeologists in Israel have discovered ancient treasures, a rare clay seal mark and a 2,600-year-old stone stamp, in the remains of a structure likely destroyed by ancient Babylonians. The seal and stone stamp both feature ancient Hebrew script, including the first archaeological evidence of the Biblical name Nathan-Melech. The seal mark and stamp likely survived a major fire as evidenced by the presence of charred pottery shards nearby.

Hidden underground chambers dating back 2,000 years have been discovered near the Western Wall in Jerusalem.

Archaeologists have revealed the subterranean system near the Western Wall plaza and its tunnels. Excavations were conducted by the Israel Antiquities Authority in the “Beit Straus” complex beneath the entrance lobby to the Western Wall tunnels.

“The system was sealed beneath the floor of a large and impressive structure from the Byzantine period, waiting for some 2,000 years to be discovered,” explained the Israel Antiquities Authority in a statement emailed to Fox News.

The subterranean system consists of a courtyard and two rooms arranged in three levels, one above the other. They are connected by staircases hewn from rock.

“This is a unique finding,” said Dr. Barak Monnickendam-Givon and Tehila Sadiel, who directed the excavation, in the statement. “This is the first time a subterranean system has been uncovered adjacent to the Western Wall.”

Other items found included cooking vessels, the cores of oil lamps and a stone mug. A “qalal” or large stone basin used to hold water, thought to be used in Jewish rituals, was also discovered.

The discovery was made by students of a pre-military preparatory program in Jerusalem, according to the Israel Antiquities Authority.

Israel continues to reveal new aspects of its rich history. Earlier this year, for example, an international team of archaeologists uncovered an ancient Biblical era temple in what is now National Park Tel Lachish.

In another project, an Iron Age temple complex discovered near Jerusalem is shedding new light on an ancient Biblical city.

Last year the room in Jerusalem venerated as the site of Jesus’ Last Supper was revealed in stunning detail thanks to remarkable 3D laser scanning technology.

A Christian holy site, the Cenacle (from the Latin for ‘dining room’), is located on the upper floor of the King David’s Tomb complex on Jerusalem’s Mount Zion.