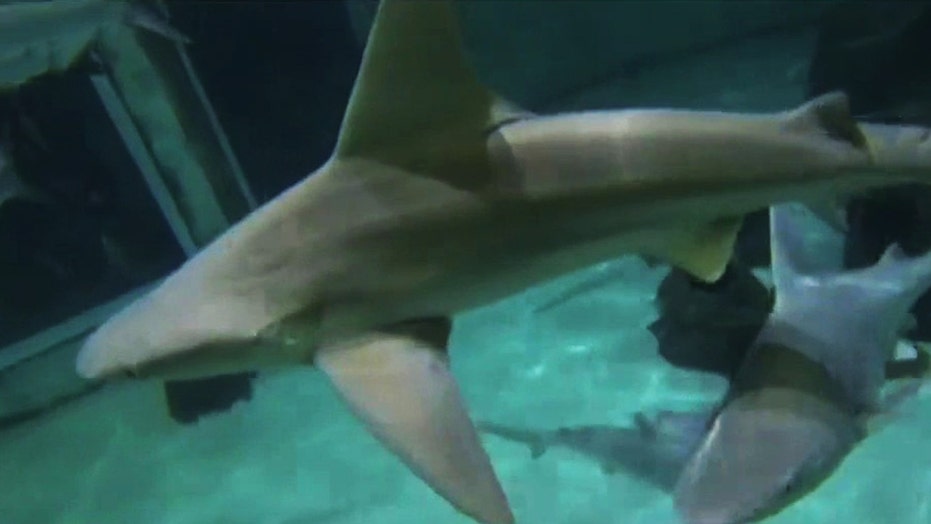 Shark trackers have found at least three great white sharks in the area.

Beware beachgoers: social-distancing violators might be the least of your problems.

At least three great white sharks lurk in local waters, with another monster moving our way, and a possible fifth maneater — the venerable Mary Lee, all 16 feet and 3,456 pounds of her — likely hanging around her old chomping grounds on the Jersey shore.

The most recent apex predators to take up residence in New York/New Jersey waters, according to the Ocearch online shark tracker, are Caroline (12 feet 9 inches long, 1,348 pounds), who pinged between Seaside Heights and Barnegat Light, N.J. on July 1; and Caper (8 feet, 348 pounds) and Cabot (9 feet, 533 pounds), whose electronic tags signaled on June 8 and 4, respectively, off the Hamptons.

New to the neighborhood is Vimy, a 1,164-pound behemoth nearly 13 feet long, who was tracked on July 10 in the deep ocean off Delaware and southern New Jersey. It’s possible he’s just doing a drive-by as he heads for the cool waters off Canada.

AUSTRALIAN TEENAGER, 15, KILLED IN SHARK ATTACK WHILE SURFING, 2ND SUCH DEATH IN A WEEK: REPORTS

Mary Lee’s satellite tracker stopped working in 2017 when its five-year battery gave out, but scientists believe the locavore is alive and well.

News of the great whites within biting distance of our shores comes after a 7-foot shark washed up on Rockaway Beach July 1. But that was only a thresher, a harmless species that poses a puppy dog’s threat to the bathing public.

Great whites, on the other hand, can have upward of 3,000 serrated, blade-like teeth that can each grow to 6 inches long. They fear no one, as Capt. Quint discovered while becoming sharkbait in the movie, “Jaws.”

Are we in for the same kind of summer as Amity Island?

Probably not, the experts say.

Great white sharks can have upwards of 3,000 serrated, blade-like teeth that can each grow to 6 inches long. (iStock)

“The drive to the beach is much riskier than swimming with sharks in the water,” said Paul Sieswerda, head of Gotham Whale, a NYC research and advocacy organization.

He says the appearance of great whites is actually a good thing, a sign of healthy local waters. He explained that since 2010, cleaner water has led to an abundance of menhaden bait fish and even seals — shark snacks that attract the predators. He said to expect even more great whites in coming years if seals take up year-round residence here, like they have in Cape Cod.

He said the five great whites are “no more than normal,” and that they are following typical migration patterns.

For example, Mary Lee, who he called “one of the true queens of the ocean,” could still be summering off Long Beach Island, N.J., based on past habits and a route that takes her as far south as the Bahamas and as far north as Massachusetts.

He said the growing population of great whites here is “a thing to celebrate.” They prey on the weak, which keeps marine stocks strong and ensures that “everyone will see an ocean full of fish for generations, and our great-grandkids will be able to enjoy fish sandwiches and lobster rolls deep into the future.”

But make sure you don’t become fish food yourself: “Be smart. Don’t swim out into the ocean if you see a bunch of seals, baitfish crashing and birds diving.”