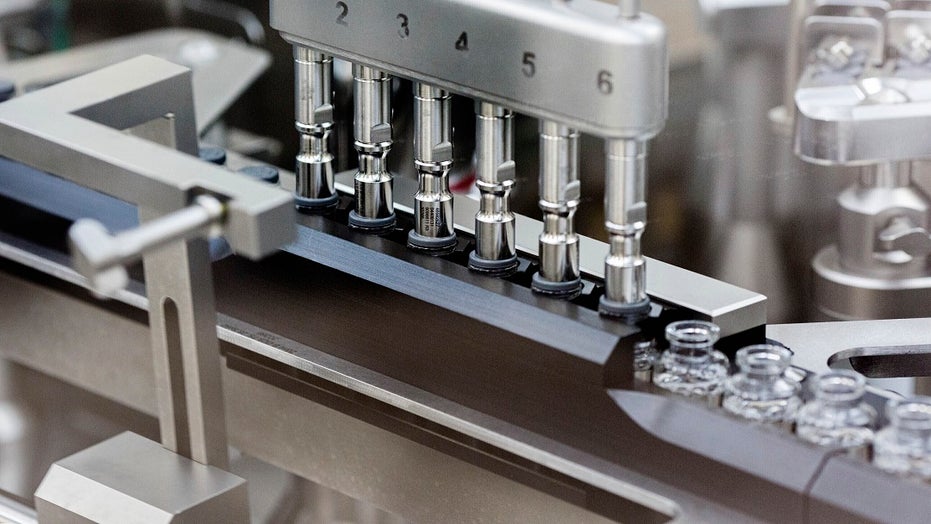 Just days after getting conditional approval for its coronavirus drug remdesivir in Europe, Gilead has announced pricing for the U.S. and other developed countries, charging different rates for the U.S. federal government and private insurers.

In an open letter obtained by Fox News, Gilead Sciences CEO and Chairman Daniel O'Day said the price per vial of remdesivir would be $390 for government health care programs in developed countries, such as Medicare, equal to $2,340 per patient on a short, six-vial treatment.

For private insurance companies, the price would be $520 per vial, or $3,120 for a six-vial treatment.

In this March 2020 photo provided by Gilead Sciences, rubber stoppers are placed onto filled vials of the investigational drug remdesivir at a Gilead manufacturing site in the United States. Given through an IV, the medication is designed to interfere with an enzyme that reproduces viral genetic material. (Gilead Sciences via AP)

"In normal circumstances, we would price a medicine according to the value it provides. The first results from the NIAID study in hospitalized patients with COVID-19 showed that remdesivir shortened time to recovery by an average of four days," O'Day wrote in the letter, explaining the pricing decisions. "Taking the example of the United States, earlier hospital discharge would result in hospital savings of approximately $12,000 per patient. Even just considering these immediate savings to the healthcare system alone, we can see the potential value that remdesivir provides. This is before we factor in the direct benefit to those patients who may have a shorter stay in the hospital."

In an interview with The Wall Street Journal, O'Day said the U.S. was the only developed country to get two prices.

"Because of the way the U.S. system is set up and the discounts that government healthcare programs expect, the price for U.S. private insurance companies, will be $520 per vial," O'Day explained in his letter. "At the level we have priced remdesivir and with government programs in place, along with additional Gilead assistance as needed, we believe all patients will have access."

In a statement released on Monday, the U.S. Department of Health and Human Services said that it has secured more than 500,000 treatment courses of the drug for American hospitals through September.


The developing world will see treatment "at a substantially lower cost," with O'Day citing "healthcare resources, infrastructure and economics" as the reasons. The company previously announced it had entered into agreements with generic drug makers to produce the drugs for developing countries.

O'Day noted that by the end of 2020, Gilead expects to have spent more than $1 billion on research and development on the drug, with its commitment expected to last "through 2021 and beyond."

POSITIVE RESULTS OF REMDESIVIR TRIAL 'OFFERS HOPE AT A TIME WHEN IT IS BADLY NEEDED,' GILEAD CEO SAYS

"As with many other aspects of this pandemic, we are in unchartered territory in pricing remdesivir," O'Day concluded Monday's letter. "Ultimately, we were guided by the need to do things differently. As the world continues to reel from the human, social and economic impact of this pandemic, we believe that pricing remdesivir well below value is the right and responsible thing to do."

Earlier this month, O'Day explained in another open letter that Gilead expects "to have more than two million remdesivir treatment courses manufactured by the end of the year and many millions more by 2021."

Recently, a Phase III trial of remdesivir showed that 65 percent of moderately ill patients had improvement after 11 days.

A separate study from the National Institutes of Health published in late May also showed the median time to recovery was 11 days for patients treated with remdesivir compared with 15 days for those who received the placebo.

Remdesvir is currently only approved for SARS-CoV-2 in Europe and Japan, but the FDA allowed emergency use approval of the experimental drug in early May.

As of Monday morning, more than 9.4 million coronavirus cases have been diagnosed worldwide, more than 2.3 million of which are in the U.S., the most impacted country on the planet.