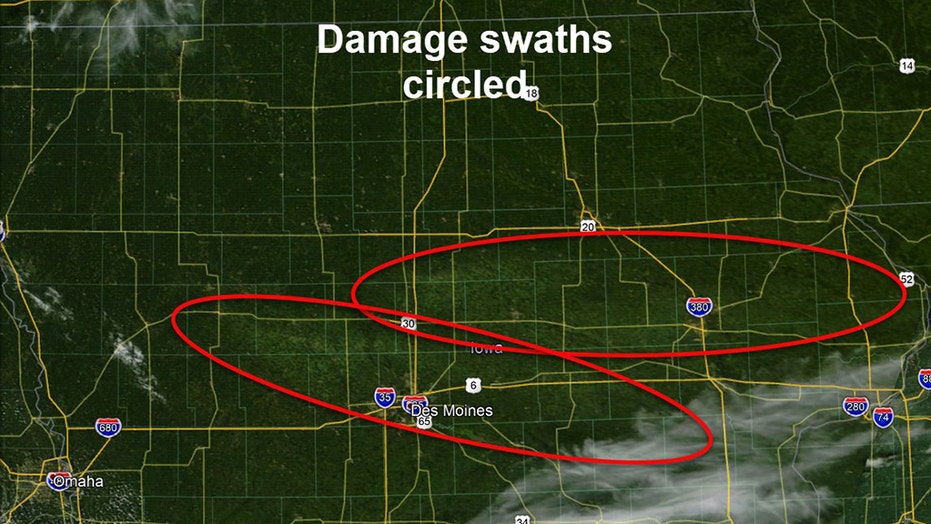 Millions of acres of damaged farmland across Iowa can be seen from space after a deadly derecho blasted across the Midwest earlier this week.

The storm system tore from eastern Nebraska across Iowa and parts of Wisconsin and Illinois, leaving behind a swath of destruction over its nearly 800-mile trek. A woman in Indiana was found dead clutching her grandson in her crushed mobile home while another person was killed in Iowa.

When the system reached Des Moines, forecasters said wind gusts were clocked at more than 100 mph. That caused devastation across farm communities.

A highlighted area shows where some of the swaths of damage to farmlands were located, spanning in a line from west to east.

"Over time will become more easily visible as crops wilt/die," the NWS said. "Also likely to see extent widen as crops on the fringes may give in to damage they sustained."

Forecasters said that the damage swath was also spotted on GeoColor imagery from the GOES-East satellite.

Iowa Gov. Kim Reynolds said Tuesday early estimates indicate 10 million acres have been damaged in the nation’s top corn-producing state and many grain bins were destroyed. That's nearly a third of the roughly 31 million acres of land farmed in the state sustained damage from the derecho.

The most significant damage is to the corn crop, which is in the advanced stages of development, nearly a month away from the beginning of harvest.

Iowa Gov. Kim Reynolds said that early estimates indicate that 10 million acres, or nearly a third of the state's crop land was damaged in a powerful storm that battered the region a day earlier. (Photo by Daniel Acker/Getty Images)

“It’s incredibly devastating to see what’s happening to crops, and to structures all across the storm path,” he told reporters.

A grain elevator in Luther, Iowa, collapsed from the intense winds of a derecho on Monday, Aug. 10, 2020. (@MONASTiCNiCK via Storyful)

Utility officials in Iowa said it will likely take several days to restore power to everyone. 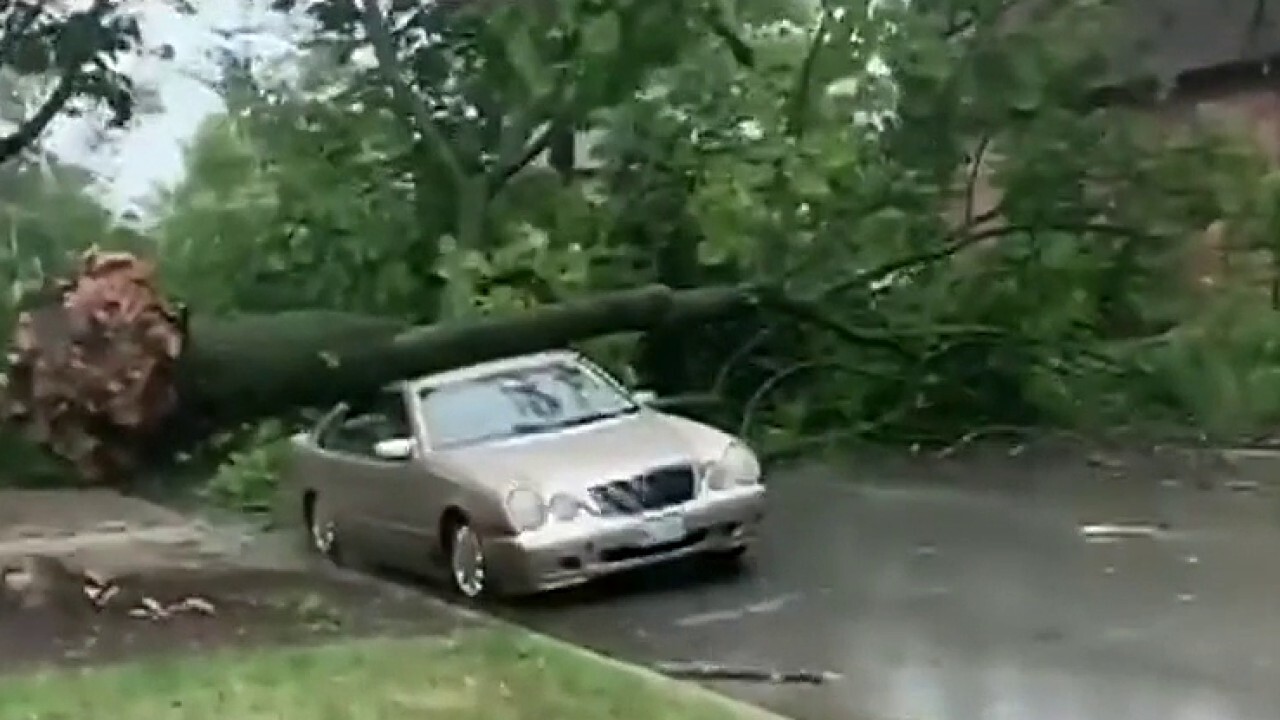 In order for a cluster of thunderstorms to be defined as a derecho, a wind damage swath must extend for more than 240 miles and include wind gusts of at least 58 mph along most of its length.

Other derechos this year impacted areas from Utah to South Dakota, the Mid-Atlantic and the Nashville area.