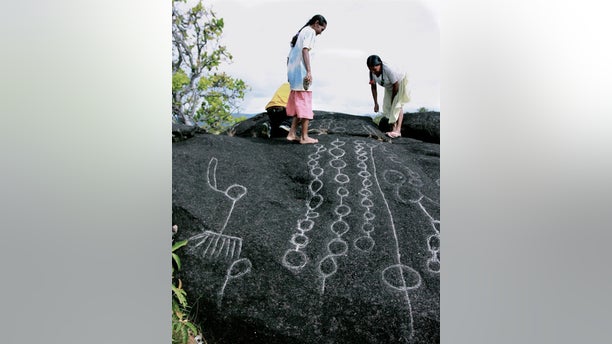 Religious and cultural norms often dictate which animals should be protected, eaten or avoided at all costs. Islam prohibits consuming pork; cows are considered sacred by Hindus; and most Americans squirm at the idea of eating a horse. These varying taboos and customs can change the faunal landscape around certain groups of people.

Researchers from Stanford University investigated how three Christian influences — evangelical, Sabbatarian and Roman Catholic/Anglican — may have altered animal treatment among converted indigenous communities in the Amazon. It turns out that missionaries might not only be changing hearts and minds in the region, but also biodiversity, the researchers say.

Though people of the Makushi and Wapishana tribes have traditionally believed that consuming lowland tapir meat can make them sick, many of them eat the animal anyway, trusting that their shamans will cure the potential illness. But people in the tribes who converted to one of the Sabbatarian faiths, such as such as Seventh-Day Adventism, and strongly rejected shamanism were much less likely to eat tapir, because their new religion made doing so taboo, the researchers found in their survey of 9,900 individuals in the Amazon. [The Awá: Faces of a Threatened Tribe]

While the new religions might mean fewer tapirs are killed, getting rid of shamanism, especially among evangelical and Sabbatarian groups, seems to have hit animals that once enjoyed protection under the indigenous leaders, the researchers say. Shamans often guarded and discouraged hunting in areas of land thought to be swarming with powerful spiritual entities.

"Based on field observations, I think that the removal of shamans has translated into more killing of animals," José Fragoso, a scientist at Stanford University, said in a statement. "Our perception is that they are killing more animals that are not taboo, such as pigs, and also that they are making kills in the holy areas, which were previously off-limits."

Fragoso and his colleagues, whose research is funded by the National Science Foundation, plan to investigate whether some animals are being killed in greater numbers, according to Stanford University. Their most recent findings were published last year in the journal Human Ecology.