Chinese vase bought for $1 could be worth $100G

The vase was purchased by an unnamed buyer at a store in Hertfordshire, England, who then unassumingly listed the vase on eBay, the Daily Mail reported. After getting a slew of inquiries about it, the buyer realized the small yellow vase could be very valuable and took it to Sworders Fine Art Auctioneers, who told the buyer it was in fact made for the emperor. 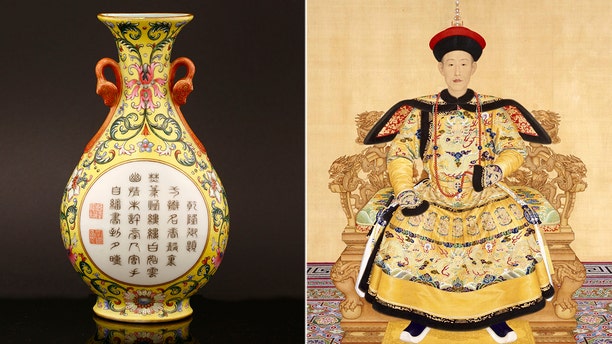 The family rose is seen on the vase, which indicates it was not to be exported, but rather placed inside one of the emperor's palaces.

The catalog description of the vase notes that it is pear-shaped and is flanked by a pair of ruyi handles to the waisted neck. The 8-inch-high vase also has an inscription that reads "Weijing weiyi," which means to "be precise, be undivided."

There is also an inscription on it, with an imperial poem and two iron-red seal marks that say "Qianlong chen han" or "the Qianlong Emperor's own mark," the Mail added. 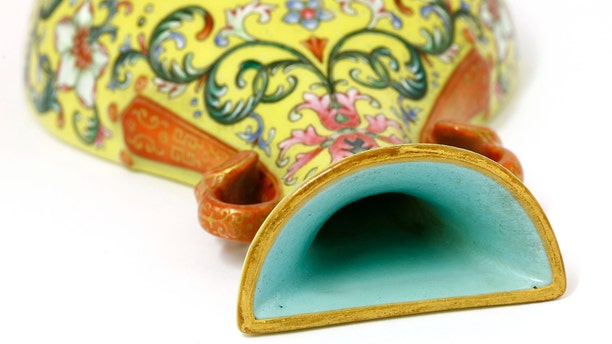 Yexue Li, head of the Asian art department at Sworders, told Fox News that the inscription makes the vase "special."

"The enamel on the vase is special because it uses yangcai (foreign) enamels on a yellow ground — a special color traditionally reserved for the emperor," Li said. "It's a high-quality vase because it was court commissioned, so it would have been of a high value when it was made. It is very exciting, and we've had a lot of interest already." 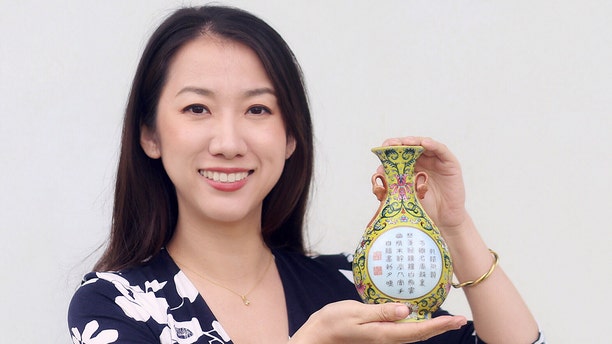 Sworders expert Yexue Li holding the vase, which was bought for £1 in a charity shop. (Credit: Sworders/BNPS)

The Qianlong Emperor was the sixth emperor of the Qing dynasty, having reigned from 1736-1796, according to the auction house. He eventually left the throne, abdicating it to his son, the Jiaqing Emperor. He died at the age of 87 in 1799.