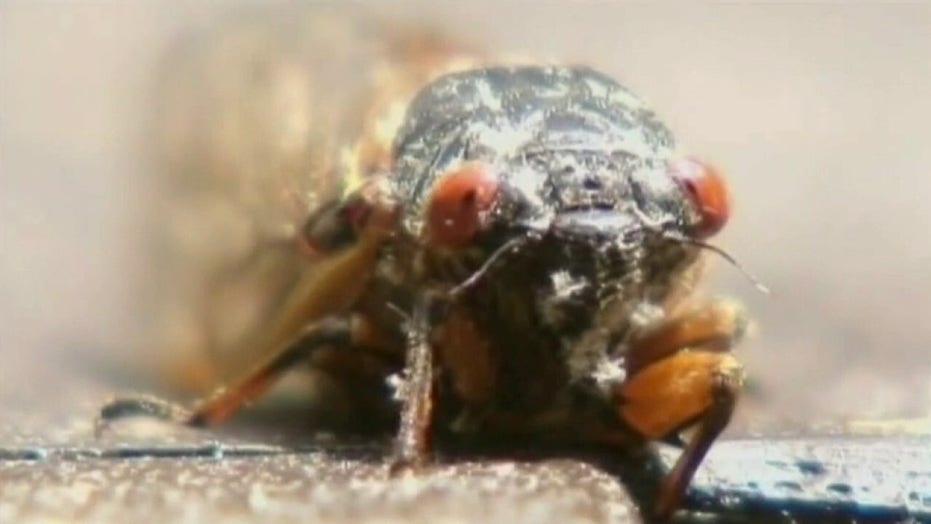 Fox News' Douglas Kennedy talks to apprehensive Americans on the East Coast as the 17-year cicadas prepare to emerge.

Known for their pitchy, 100-decibel song, the red-eyed insects have generated buzz on social media over the last couple of weeks.

With ground temperatures above 64 degrees Fahrenheit – a necessary condition for their emergence – the largely harmless bugs took to city streets, sides of buildings, chainlink fences and parks after 17 years underground.

"The cicadas have arrived on Capitol Hill!" The Hill's Senior Staff Writer Scott Wong exclaimed on Twitter, alongside a video of one of the cicadas crawling on a building in the area.

Other images showed the creatures breaking out of their nymphal shells on the ground, hanging out on trees and – perhaps more disturbingly – getting eaten by robins.

Having missed the adult cicadas themselves, Washingtonian reported many residents were documenting just the cicadas' exoskeletons.

"I'm aware there are much bigger issues in the world, but I think it's important for outsiders to better grasp the cicada situation in the DC-area," Georgetown University's Callahan Family Professor of Computer Science Micah Sherr tweeted on Thursday.

"You cannot go for a walk outside without feeling the crunch of them under your feet," Sherr said.

While the District of Columbia, Maryland and Virginia may be the Brood X emergence epicenter, there are trillions across the eastern U.S. 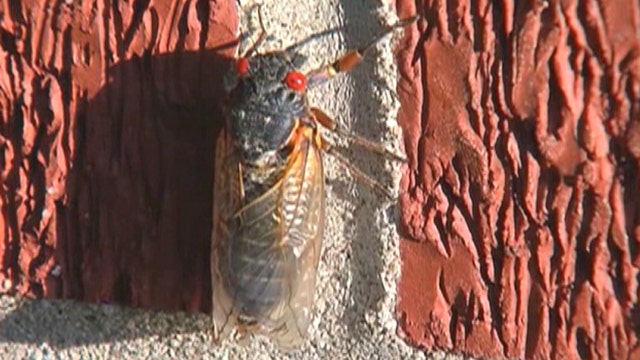 And yet, Brood X's time is fleeting above ground.

After a two-to-four-week jaunt, emerging and mating in order to deposit eggs in tree branches, the adult cicadas will perish.

The bugs are expected to be gone by around the Fourth of July, after which the eggs will hatch and nymph cicadas will tumble to the ground and burrow beneath the soil.

Although the next generation will surface in 2038, residents of the Midwest and other Southern states only have to wait until 2024 when 17-year Brood XIII and 13-year Brood XIX emerge.