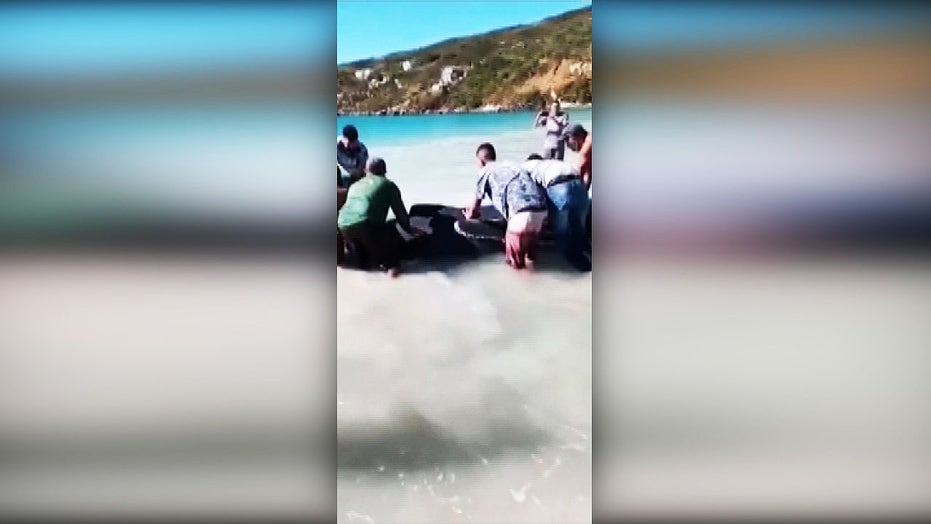 Beachgoers were recorded assisting in the rescue of a baby humpback whale stuck on a tourist beach in Brazil.

The footage shows a large crowd pushing the whale toward deeper water after it became stranded on the beach in Arraial do Cabo on Aug. 3.

"His displacement was accompanied by the Fire Brigade vessel, until it arrived on the open sea," Brazilian media outlet TV Globo quoted the local Animal Treatment Center as saying.

The Environmental Guard said the humpback calf was about 2 years old.

It was the second time the whale has docked on the local coasts, according to the station.

Authorities said that could be a sign it was having difficulties adapting at sea after losing its mother.