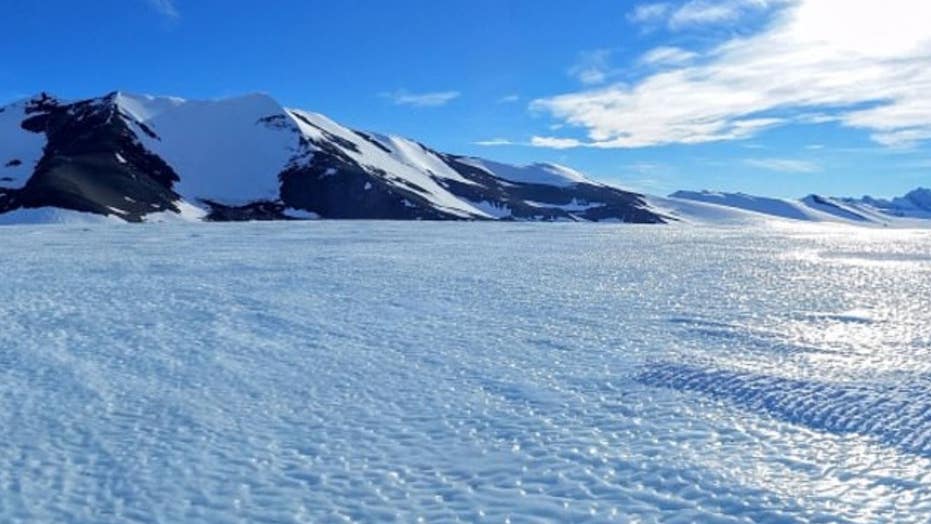 Ancient Antarctic ice melt caused sea levels to rise by almost 10 feet approximately 129,000 years ago, according to scientists, who warn that it could happen again.

New research shows that rising temperatures caused the West Antarctic Ice Sheet to melt during a period known as the Last Interglacial period -- about 129,000 to 116,000 years ago.

Less than 2 degrees Celsius of warming is all that was needed to bring about the catastrophic event.

Pictured above, a blue ice area in Antarctica. (UNSW/AntarcticScience.com)

For the study, University of New South Wales earth scientist Chris Turney in Australia and colleagues traveled to a "blue ice" area near the Patriot Hills on the edge of the West Antarctic Ice Sheet.

"Instead of drilling kilometers into the ice, we can simply walk across a blue ice area and travel back through millennia," Turney told The Daily Mail. "By taking samples of ice from the surface we are able to reconstruct what happened to this precious environment in the past."

The study provides evidence that the melting of the West Antarctic was behind much of the sea level increase during the Last Interglacial. Back then, global sea levels are believed to have been between 19.7 and 29.5 feet higher than today.

Scientists used a combination of the order of layers of ash deposits from volcanic eruptions and analysis of gas bubbles, seen above, along with DNA from bacteria trapped in the ice -- to date the different parts of the blue ice's surface. (UNSW/AntarcticScience.com)

"The melting was likely caused by less than 2°C ocean warming — and that's something that has major implications for the future, given the ocean temperature increase and West Antarctic melting that's happening today," Turney told the British publication.

The study was published in the journal Proceedings of the National Academy of Scientists.