Archaeologists have discovered a 3,000-year-old "lost golden city" in Egypt — hailed by experts as the most important find since the tomb of Tutankhamun.

The city was unearthed by a team of archaeologists led by Zahi Hawass near Luxor, about 300 miles south of the capital, Cairo — and dates back to the period under King Amenhotep III of the 18th dynasty.

"Many foreign missions searched for this city and never found it," Hawass said in a statement.

Betsy Brian, professor of Egyptology at Johns Hopkins University, called the discovery the most important archaeological find since the 1922 discovery of King Tut’s tomb — found fully intact in the Valley of the Kings.

Archeological discoveries are seen in Luxor, Egypt, in this undated handout photo. Zahi Hawass Center for Egyptology and High Council of Antiquities Joint Mission/Handout via REUTERS ATTENTION EDITORS - THIS IMAGE WAS PROVIDED BY A THIRD PARTY. MANDATORY CREDIT. NO RESALES. NO ARCHIVES

The city, built on the western bank of the Nile River,  at one point served as the largest administrative and industrial settlement of the pharaonic empire, Hawass said.

Archaeologists initially began excavating the site in an attempt to search for the mortuary temple of King Tutankhamun. Excavations began in September 2020, the Guardian reported.

"Within weeks, to the team’s great surprise, formations of mud bricks began to appear in all directions," the team’s statement said. "What they unearthed was the site of a large city in a good condition of preservation, with almost complete walls, and with rooms filled with tools of daily life." 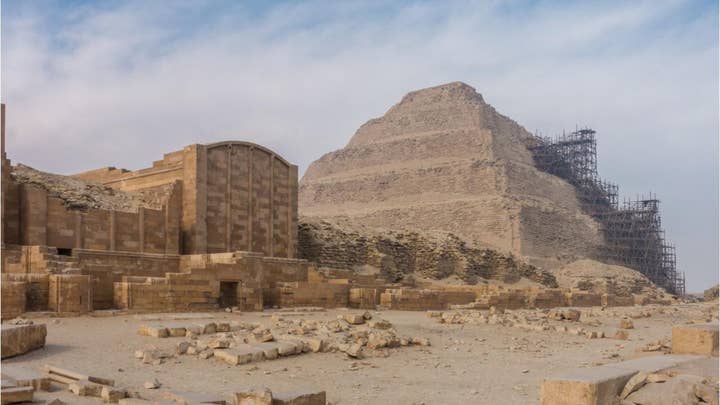 But within weeks, they uncovered the shocking find — well-kept mud brick formations that turned out to be a large city.

The newly unearthed city — discovered between the temple of King Rameses III and the colossi of Amenhotep III on the west bank of the Nile River in Luxor — even included rooms filled with utensils used in daily life.

The city was used by Amenhotep III’s grandson Tutankhamun, as well as his successor King Ay.

"The archaeological layers have laid untouched for thousands of years, left by the ancient residents as if it were yesterday," a press release said.