World's Most Expensive House: Can You Guess How Much It Costs? 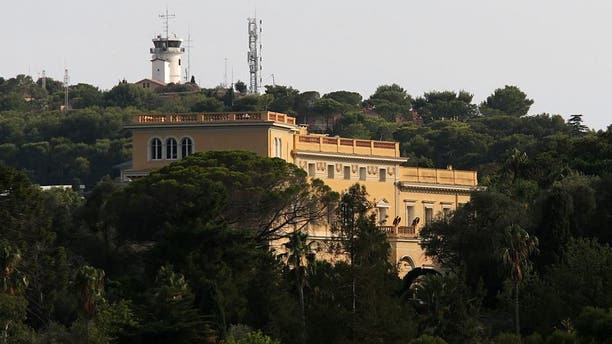 Calling all gazillionaires: Want the esteemed honor of owning the world's most expensive house? Well, it's for sale and can be yours for, oh, a mere $1.1 billion.

Yes, you read that correctly.

Located in southern France in a tony town called Saint-Jean-Cap-Ferrat -- aka the "billionaire's playground" -- this absurdly posh property is called Villa Les Cdres, or "The Cedars" in plain old English.

For the record-breaking price, you get an opulent ballroom, a chapel, 30-horse stables, an Olympic-size swimming pool, and a 35-acre botanical park with 20 greenhouses and 15,000 rare tropical plants tended to by 15 full-time gardeners (any of you green thumbs turning green with envy yet?).

Strangely enough, you get only 10 bedrooms. But hey, you can't have everything.

The home boasts a royal history: Built around 1830, Les Cdres was purchased in 1905 by Leopold II, the king of Belgium from 1865 to 1909, who used it as his holiday home (and rumored love nest for his mistress, Caroline Delacroix). Its most recent owner is Suzanne Marnier-Lapostolle, heiress of the liqueur brand Grand Marnier, who's looking to downsize (understandably).

And apparently the French press is bursting with pride about their record-breaking listing. According to the news site Bursier.com, "No real estate transaction has ever reached such heights, even at world level where the last record is the sale of a ranch of 210,000 hectares in Texas that was offered for $725 million."

Still, a list price is just a starting point. Could this mansion actually sell for that much? Experts say it's a tough call, because a home price this high is uncharted territory.

"For special and unique homes like this, it can be very difficult to put a price tag on it that makes sense in terms of comps," says Florida Realtor Cara Ameer. Still, if she had to hazard a guess, she thinks $1.1 billion may be a bit of a stretch.

"I don't think it will get its asking price, although it may sell very close to that," Ameer says.

One promising sign is that the neighborhood is filled with pricey properties, so whoever buys the place is guaranteed to be greeted by some good neighbors. Or at least very, very rich ones.

"We know this area is ber-pricey and appeals to both old and new wealth," Ameer says. "The setting and location are exquisite and where the world's well connected come to play." Case in point: Current residents nearby include British composer Andrew Lloyd Webber, Microsoft co-founder Paul Allen, and advertising tycoon Lord Maurice Saatchi. In June, Facebook billionaire Eduardo Saverin had his wedding at a hotel in town.

Then there's the home and land itself. "The land value alone could be half a billion dollars," Ameer says.

All of which means that how much this home eventually sells for is anyone's guess. So go ahead, place your bets!