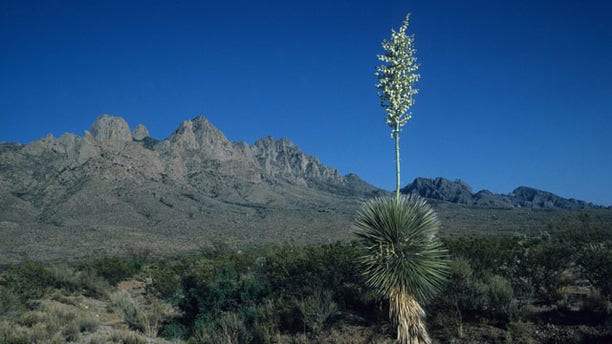 In a letter to Sen. Jeff Bingaman, U.S. Customs and Border Protection Commissioner Alan Bersin wrote that a revised Organ Mountains-Desert Peaks Wilderness Act, or S.B. 1689, will "significantly enhance" the flexibility of CBP officials to operate near the mountain range in southern New Mexico. (BLM.gov)

Critics of a bill that seeks to protect the landscape of New Mexico's Organ Mountains can rest easy, lawmakers and federal officials say, insisting they are taking measures to ensure that wilderness areas created along the state's Mexican border will not become havens for drug and human smuggling.

Twenty-three members of the Senate Committee on Energy & Natural Resources -- 13 Democrats and 10 Republicans --  passed the bill out of committee unanimously on Wednesday, making it eligible for full Senate consideration. A vote on the measure could occur as soon as this fall, committee spokesman Bill Wicker said.

"Our state has been trying since the Reagan administration to establish wilderness areas in Dona Ana County," Bingaman said in a statement. "I'm pleased the bill was cleared by the Energy and Natural Resources Committee, and that it is now ready for approval by the full Senate."

Federal and elected officials describe the bill as a "win-win" for all parties involved, but some critics are not so convinced, including local ranchers in the area and the Greater Las Cruces Chamber of Commerce Board.

Tom Cooper, a rancher who lives 20 miles northwest of Las Cruces, N.M., said he doubted U.S. Customs and Border Patrol (CBP) officials would have unfettered access within the entire wilderness area for routine patrols, and he predicted that illegal activity now along the Arizona-Mexico border will migrate east to his state.

"It's an invitation for more illegal activity, for more border crossing," Cooper said. "As Arizona puts more pressure on the border situation over there, they'll find other [smuggling] corridors and others will be created."

And in a statement released this month, the Greater Las Cruces Chamber of Commerce Board said it remained concerned that complete border security and law enforcement access are being "denied unencumbered access" by the bill.

"Anything short of removing all conditions and barriers only serves to increase risks to our citizens and further create a negative image for those considering relocation to Dona Ana County to live, work and/or retire," the statement read.

But lawmakers say those concerns are unfounded. To address the border region's unique security challenges, they say, the legislation creates nearly three miles of non-wilderness buffer and an additional 2-mile "restricted use area" that would prohibit motor vehicle access by the public. But CBP agents will have access to conduct routine patrols and build surveillance infrastructure, as they would on regular multiple-use land. (Currently, the existing area provides CBP agents with one-third of a mile in which to perform their activities.)

Much of the area to be protected under the bill has been managed as a "wilderness study area" since the Reagan administration first granted it protected status. President George H.W. Bush and then-Interior Secretary Manuel Lujan later recommended elevating it to full wilderness status. The proposed legislation would bring those recommendations to reality by creating 259,000 acres of wilderness and 100,000 acres of National Conservation Area in southern New Mexico.

In a letter to Sen. Bingaman, CBP Commissioner Alan Bersin wrote that the provisions of the bill, including changes to address operational needs of Border Patrol agents, will "significantly enhance" the flexibility of  CBP officials to operate in the border area.

"Throughout the entire buffer zone, CBP could operate motor vehicles, build infrastructure, and carry out other activities as it would on any non-wilderness Bureau of Land Management land," Bersin's letter read.

Bersin also praised other "security-focused modifications" from an earlier version of the bill, including explicit provision to allow a road that will be closed to the public to be accessible to law enforcement personnel,; clarification that no provision of the bill will restrict CBP from pursuit of suspects within the wilderness area, including the use of motorized vehicles; and clarification that "nothing" prevents CBP from conducting low-level overflights above the wilderness area.

While the solutions contained in the bill are specific to the area, Bersin said the collaborative process used to hone the legislation should be a "model" for future considerations of wilderness designations.