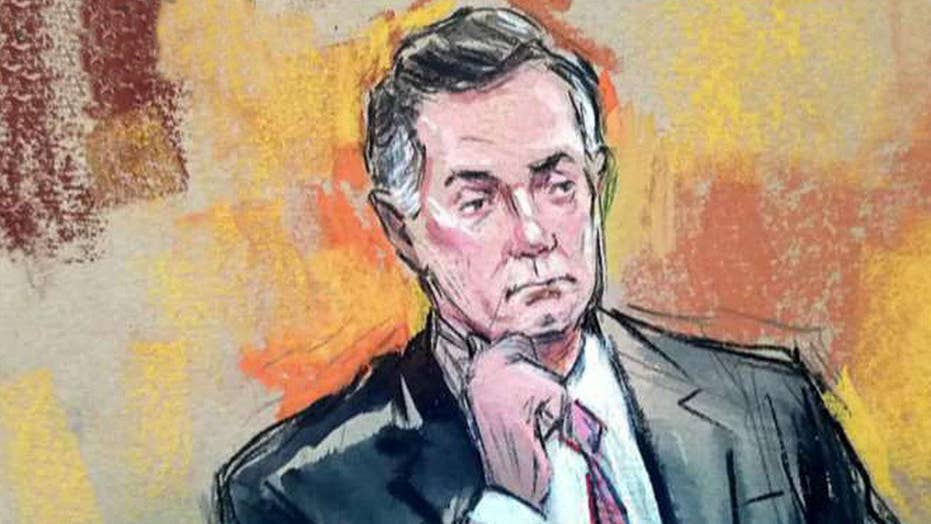 “This story is totally false and deliberately libelous," Manafort said in a statement. "I have never met Julian Assange or anyone connected to him."

Manafort continued,  "I have never been contacted by anyone connected to Wikileaks, either directly or indirectly. I have never reached out to Assange or Wikileaks on any matter. We are considering all legal options against the Guardian who proceeded with this story even after being notified by my representatives that it was false.”

WikiLeaks, the secretive organization that rocked the 2016 presidential election by posting hacked emails from the Democratic National Committee and the Hillary Clinton campaign, also issued a fiery denial about the reported meeting with its founder.

"@WikiLeaks is willing to bet the Guardian a million dollars and its editor's head that Manafort never met Assange," the group tweeted.

But the Guardian report instantly fueled speculation about whether Special Counsel Robert Mueller's probe has such information on Manafort -- a day after the team alleged he was lying to investigators in breach of his plea deal.

The Guardian report cited "sources" saying Manafort saw Assange inside the Ecuadorian embassy in London "in 2013, 2015 and in spring 2016," with the latter meeting reportedly taking place "around March 2016." The Democratic emails were released months later.

The Guardian report does not specify when in March 2016 Manafort allegedly met with Assange. Manafort joined the Trump campaign as convention manager on March 29, 2016 and later became campaign chairman.

Sarah Sanders, the White House press secretary, declined to discuss the Guardian report during Tuesday’s press briefing, though reiterated how the president was not involved in any “wrongdoing” or “collusion.”

“For things that have to do with Mr. Manafort, I refer you to his attorneys to address that,” Sanders said.

Manafort, who was convicted on multiple counts of financial fraud over the summer in connection with work he completed in Ukraine as a political consultant, has been in the headlines this week after Mueller claimed the former campaign chairman breached his plea deal. The surprise claim came as Mueller's team grapples with a string of complications involving investigation targets in the probe into Russian meddling and potential collusion with Trump campaign associates during the 2016 presidential election.

With regard to WikiLeaks, Mueller is also said to be eyeing GOP political operative Roger Stone, who said the special counsel is investigating whether he had advance knowledge of WikiLeaks releasing hacked emails of Democrats during the 2016 presidential campaign.