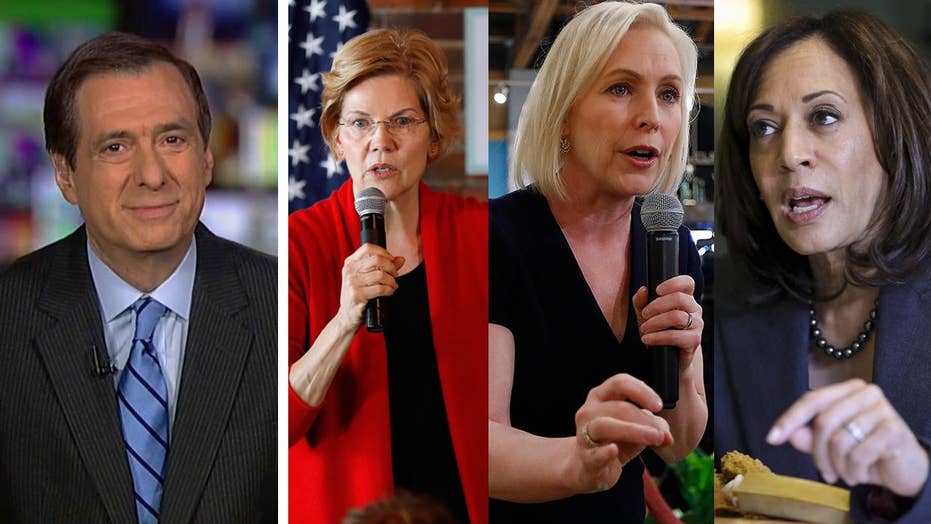 Elizabeth Warren wants to get rid of the Electoral College.

She is billing this as a step toward reform.

"Every vote matters," the U.S. senator from Massachusetts told CNN, "and the way we can make that happen is that we can have national voting, and that means get rid of the Electoral College."

She argued that presidential nominees no longer campaign in places like California and Massachusetts because they’re not swing states, instead focusing on battlegrounds that are up for grabs.

That's true, but if you abolished the college tomorrow, candidates would camp out in such megastates as New York, California, Florida, and Texas in an effort to run up their popular vote totals. The college forces them to move around the country, especially to smaller states whose handful of electoral votes could tip the balance.

I have mixed feelings about the Electoral College, which has been debated seemingly forever. It does seem like a relic of the 18th century. It has a musty, anti-democratic smell around it.

But the old rules help the winner by exaggerating their margin of victory. And it avoids the nightmare of a national recount in a contested election, a calamity that would make people nostalgic for Florida's hanging chads.

Still, Warren's newfound passion for dumping the Electoral College is driven by Democratic primary politics. Without that part of the Constitution, Al Gore would have won the presidency in 2000 and Hillary Clinton would have been victorious in 2016.

Democrats feel the college is keeping them from having a lock on the White House, so it's a new kind of red meat. Why else would a candidate like Warren get excited over a constitutional amendment that would take years to pass?

Colorado just became the 12th state to sign a compact giving its electoral votes to the national popular vote winner, even if that candidate loses Colorado. The deal would take effect once states with 270 electoral votes sign on, but right now it's at 181.

OPINION: IN DEFENSE OF THE ELECTORAL COLLEGE -- THE NATIONAL POPULAR VOTE INTERSTATE COMPACT IS A BIG MISTAKE

Meanwhile, Warren has been joined by Kamala Harris and Kirsten Gillibrand in pushing to expand the Supreme Court. The three 2020 contenders told Politico they support the idea, which Warren said would be about "depoliticizing" the high court.

But their motivation isn't hard to divine. First, Democrats openly complain, with much justification, that they were unfairly denied a Senate vote on Merrick Garland's nomination in 2016.

Second, President Trump has already named 91 federal judges, with the prospect of many more to come.

But this is all too reminiscent of FDR's court-packing scheme, which was a political failure. Some Democrats want 15 justices on the court. They obviously see this as a way to correct the fact that the court now has a clear conservative majority — a point that Trump addressed yesterday at a news conference in predicting it would never happen.

"The only reason they're doing that is they're trying to catch up," Trump said. "So if they can't catch up through the ballot box by winning an election they want to try doing it in a different way."

To have even a prayer of pushing this through, the Democrats would have to win not only the White House but a big Senate majority in 2020.

In both cases, the Democratic candidates embracing these ideas are trying to sell blatantly partisan moves as process reforms.

These are the kind of abstract political debates that, while important, are unlikely to motivate voters as much as climate change or health care. But what Warren and company are counting on is that they could excite the kind of activists who turn out in Democratic primaries.