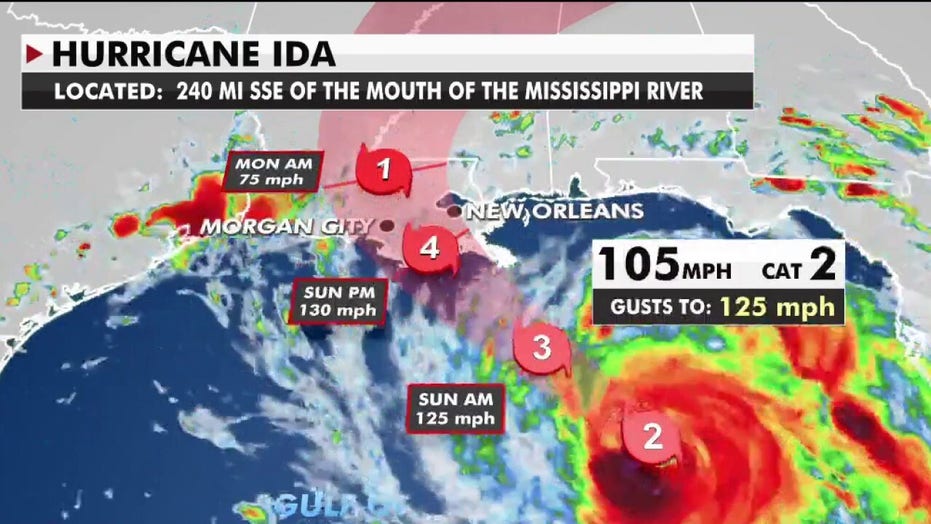 As Louisiana and the Gulf Coast braced for Hurricane Ida, set to make landfall on Sunday potentially as a Category 4 storm, the Federal Emergency Management Agency (FEMA) was expected to play a key role in disaster relief.

So who is its head, Deanne Criswell?

Criswell, formerly the commissioner of the New York City Emergency Management Department, was confirmed by the Senate as FEMA administrator in April and is the first woman to head the agency.

During her two years in New York, Criswell helped manage the city's response to the coronavirus pandemic, large fires, excessive heat and blackouts – along with events like the New York City Marathon, according to her biography on FEMA’s website.

A report recently released by City Comptroller Scott Stringer claimed the city’s response to the pandemic was outdated and lacked critical supplies like N95 masks for health care workers, according to The City newspaper in New York.

New York City Mayor Bill de Blasio defended the response by saying, there’s "no way to fully understand a global pandemic until you’re in it and none of us anticipated, anywhere, anything like this."

In response, Criswell wrote in an email last year: "there are no non-expired N-95 surgical grade masks in any city stockpile." But the NYC Health + Hospitals’ pandemic preparation manual in 2019 said a large stockpile of personal protective equipment should always be on hand, according to the newspaper.

Stringer’s report found it was unclear exactly what role Criswell’s department played in the response to the pandemic, which has left more than 33,000 New Yorkers dead.

De Blasio praised Criswell after President Biden nominated her for the FEMA role in January.

"The American people deserve leaders like Deanne Criswell," de Blasio said, according to the AM New York newspaper. "Deanne has been a fearless, expert, and deeply respected voice in this administration. I’m proud of all she has accomplished in New York City, and I can’t wait to see what she’ll do in her new role."

Criswell previously worked for FEMA in a lower-level position during the Obama administration, including leading a national incident management assistance team and serving as a federal coordinating officer where she was the primary federal representative for major disasters, according to FEMA's website.

In 2005, long before Criswell arrived, FEMA faced backlash for its response to Hurricane Katrina, which set its sights on New Orleans 16 years ago Sunday.

In the response to Ida, Criswell could find herself in a position much like that of former FEMA Director Michael Brown, who headed the agency when Katrina struck. Brown was forced to resign over the widely criticized federal response.

Katrina was blamed for 1,800 deaths and caused levee breaches and catastrophic flooding in New Orleans. It took years for the city to recover.

During the Katrina response, Criswell was working in Colorado as head of the Office of Emergency Management for the city of Aurora, where she coordinated transitional housing and family reunification for Katrina evacuees being moved to the area.

More recently, Criswell was on the ground during the search and recovery operation for the Surfside, Florida, condo collapse, which left 98 people dead.

"It’s difficult to put into words the devastation that this community is experiencing," said Criswell, according to Cox Media Group. "FEMA is on the ground. We have a recovery center that is working directly with families and loved ones impacted by this tragic event to get them the assistance they need."