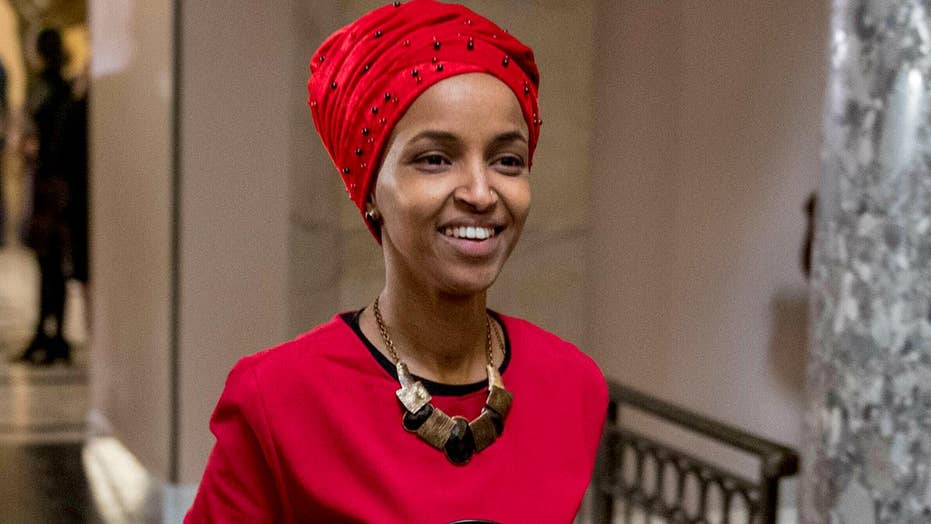 The White House has been silent on whether the Biden administration agrees with its anti-Semitism envoy nominee's previous remark deeming a comment by Rep. Ilhan Omar, D-Minn., to be anti-Semitic.

In 2019, President Biden’s pick to be his administration's envoy against anti-Semitism, Deborah Lipstadt, said she believed Omar’s comments about U.S. lawmakers having an "allegiance to a foreign country" referred to Israel and were anti-Semitic.

"I believe it is [anti-Semitic]," Lipstadt said to Jewish Insider. "’Dual loyalties’ is part of the textbook accusations against Jews. They are cosmopolitans, globalists, not loyal to their country or fellow citizens."

Omar said amid the controversy that she doesn't believe her comments to be anti-Semitic, but Lipstadt disagreed.

The president's nominee said at the time that Omar "may think she is only criticizing Israel and its policies but one cannot ignore the fact that she is relying on traditional anti-Semitic tropes to do so."

"What it suggests to me is that, at best, these people exist in a place where anti-Semitism is out in the ethosphere; they hear it, breath it in, and don’t even recognize it as anti-Semitism," Lipstadt continued.

However; when asked if the administration agreed with its nominee’s views on Omar’s comments, the White House was silent, not responding to Fox News’ request for comment.

"I want to talk about the political influence in this country that says it is OK for people to push for allegiance to a foreign country," Omar said in 2019 while onstage with fellow "Squad" member Rep. Rashida Tlaib, D-Mich.

"I want to ask why is it OK for me to talk about the influence of the NRA, of fossil fuel industries, or big pharma, and not talk about a powerful lobbying movement that is influencing policy."

Omar added that she believed she has been called anti-Semitic only because she is Muslim and that her criticisms of Israel are reasonable and well-founded.

Lipstadt, a Holocaust historian and a leading figure on anti-Semitism, was formally nominated by the president on Friday to serve as his envoy in the fight against anti-Semitism.

There will likely not be much of a confirmation fight in the Senate, as Lipstadt is expected to carry broad bipartisan support.