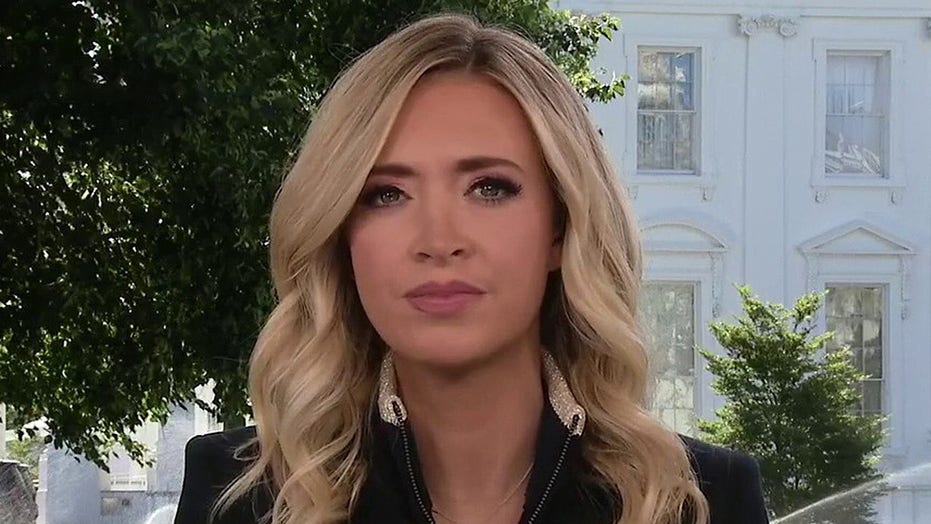 Kayleigh McEnany: A national Oval Office address is not going to stop Antifa

White House press secretary Kayleigh McEnany tells 'Fox &amp; Friends' that President Trump has taken every single possible action to assure that America's streets are safe as calls grow for him to give a national address to condemn the violence.

White House Press Secretary Kayleigh McEnany on Monday pushed back on calls for President Trump to address the nation amid the riots and protests that broke out across the country in response to Minneapolis man George Floyd’s death in police custody last week, maintaining that the president is committed to “action.”

McEnany, during an interview with “Fox & Friends,” said the president has “taken extraordinary action” -- noting the activation of the National Guard in more than a dozen states and the Trump administration’s move to designate Antifa as a domestic terrorist organization (despite disputed authority to do so).

“This president has been very clear that we need law and order in this country,” McEnany said, adding that violent protest “demeans the peaceful protesters who have a legitimate grievance when we see angry mob mentality take over and those horrific images of businesses burning and fires in the streets of this country.”

When asked whether the president would address the nation amid the unrest, McEnany responded: “A national Oval Office address is not going to stop Antifa.”

“What’s going to stop is action. And this president is committed to acting on this,” she said, adding that his focus “is acting and keeping our streets safe.”

The White House and Justice Department have pointed the finger at radical leftist group Antifa amid the riots, while local officials have blamed a range of other factors ranging from gangs to white supremacists to foreign influence. But some of these accounts have been challenged, and the sheer scope of the nationwide protests along with arrest data suggests that at least some of the violence is being driven by local residents taking advantage of the chaos.

McEnany went on to say Monday that the president has addressed the unrest “repeatedly.”

McEnany referred back to Trump’s comments after the SpaceX launch on Saturday, where he condemned violent protests and vowed to stop “mob violence.” 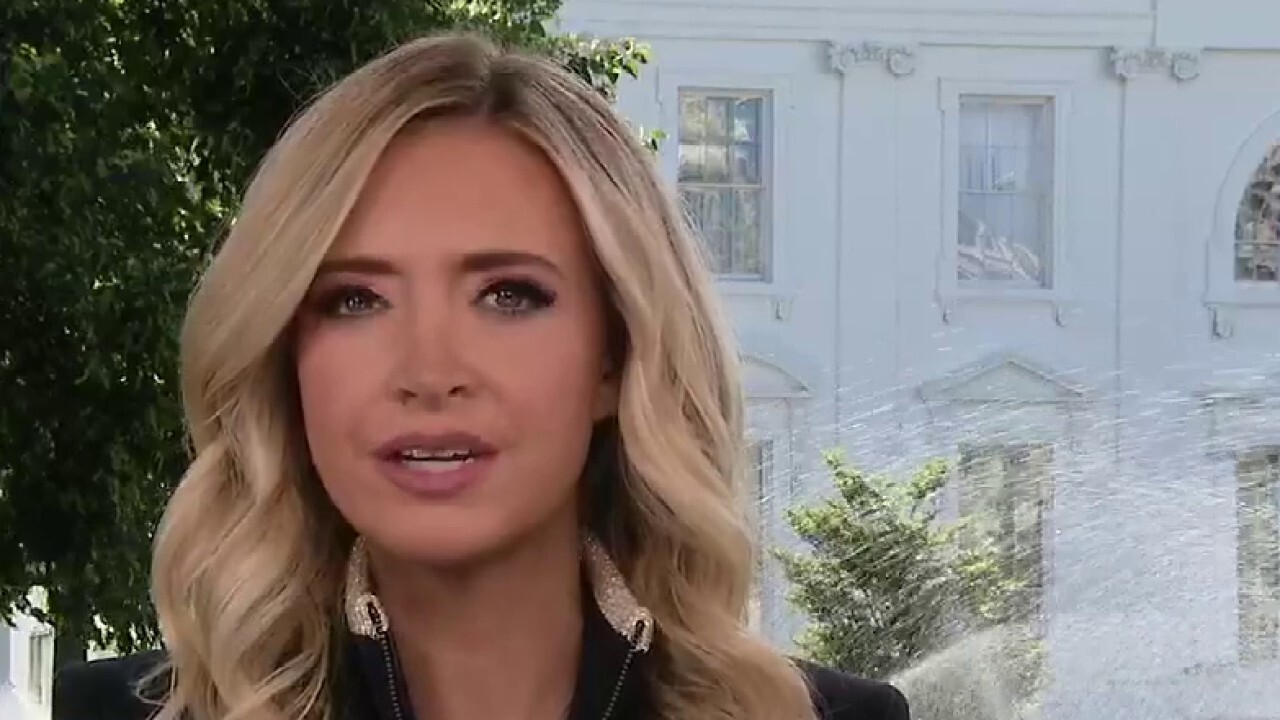 “I stand before you as a friend and ally of every American seeking justice and peace,” the president said Saturday, before adding he also stands in opposition to looters.

The president went on to say that he understands the “pain” that people feel, and said his administration “supports the right of peaceful protesters and we hear their pleas,” but said much of “what we are seeing on the streets of our cities has nothing to do with justice or peace.”

But the president is under pressure, from both sides of the aisle, to address the nation in a more formal way after the once-largely peaceful protests morphed into a scene of looting and arson and violence in many cities over the weekend.

“Democratic and Republican presidents alike have seen it as their responsibility to be a unifying force in our country, not to fuel the flame,” House Speaker Nancy Pelosi tweeted Sunday. “President Trump has made clear he would rather distract than perform his duty.”

On social media, searches like “Where is Trump” and “Where is the president” were trending.

Meghan McCain, a Republican and the daughter of late Sen. John McCain, R-Ariz., blasted the president as a coward.

“We are leaderless right now and anarchy is winning. Where are our leaders? Are you all just going to abandon us and our country? COWARDS! All of you!!!” she tweeted, adding: “But most especially the President and every member of his team who continues to condone his utter COWARDICE!!!”

But inside the president’s inner circle, advisers in the White House and on his re-election campaign have reportedly been pushing for him to deliver an Oval Office address.

The Washington Post reported that the president, after consulting with some aides, decided not to give a speech about the protests on Sunday, while others suggested that he plan to address the nation later in the week.

Axios also reported that aides inside the White House urged the president to tone down his rhetoric—specifically referring to his tweet saying “when the looting starts, the shooting starts.”

But the White House pushed back Monday, maintaining that the president's actions in response to the violent protests have been effective.

On Sunday, the president announced that the U.S. government will designate the far-left group Antifa as a terrorist organization.

Later, Attorney General William Barr said that the Department of Justice will treat violence by individuals associated with Antifa as domestic terrorism.

"With the rioting that is occurring in many of our cities around the country, the voices of peaceful and legitimate protests have been hijacked by violent radical elements. Groups of outside radicals and agitators are exploiting the situation to pursue their own separate, violent, and extremist agenda," Barr said. "It is time to stop watching the violence and to confront and stop it."

The ACLU tweeted in response to Trump: "Let’s be clear: There is no legal authority for designating a domestic group. Any such designation would raise significant due process and First Amendment concerns."

The president is expected to meet with Barr on Monday, and is expected to participate in events this week with law enforcement officials, African-American leaders and others, which his aides reportedly see as an opportunity for him to address the unrest.