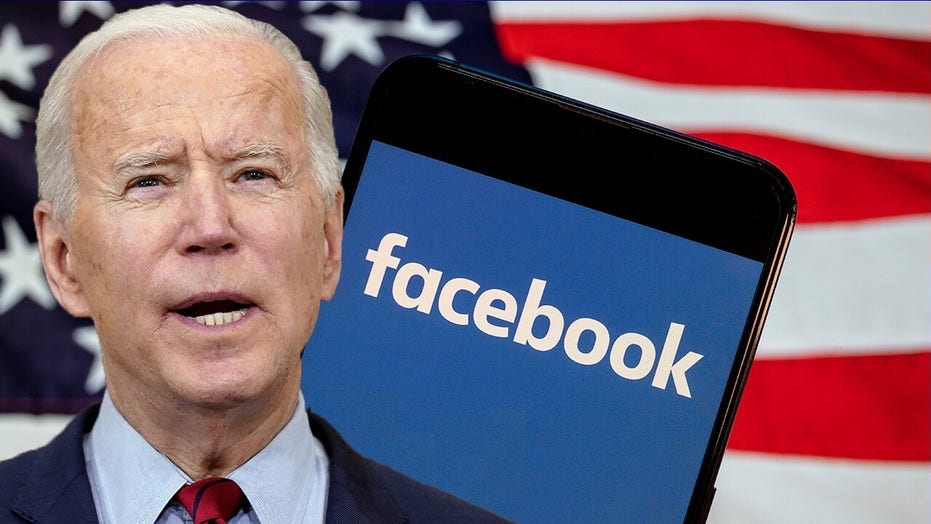 The White House isn't backing down from its harsh criticism of Facebook after President Biden on Friday accused the social media giant of "killing people" with misinformation about coronavirus vaccinations.

A Biden administration source revealed to Fox News on Saturday that the very public callout of Facebook followed months of frustration with the platform for failing to stamp out "dangerous" information about the vaccinations that have spread online.

The White House has been seeking help from Facebook and other social media sites since February on stopping misinformation from going viral, such as the myth that getting the shot will cause infertility.

While Facebook has made positive public statements on how they've partnered with the government and taken aggressive action to curb vaccine misinformation, the White House believes that the Big Tech company has fallen short.

"They’ve been withholding information on what the rules are, what they have put in place to prevent dangerous misinformation from spreading [and] how they measure whether it’s working," a Biden administration official told Fox News.

The tensions reached a boiling point amid the spread of the highly contagious Delta variant, vaccine hesitancy among young people and polls showing the majority of unvaccinated people believe myths about the vaccine.

As coronavirus cases are on the rise and vaccination rates have slowed in the United States, the White House launched this week an effort to crack down on misinformation, starting with a warning from U.S. Surgeon General Vivek Murthy on Thursday that bogus information about coronavirus is an "urgent threat" to public health.

"We're flagging problematic posts for Facebook that spread disinformation. We're working with doctors and medical experts…who are popular with their audience with accurate information," she said. "So, we're helping get trusted content out there."

Biden took the effort one step further Friday by claiming inaction by Facebook and other platforms to take down false information is costing people their lives to a preventable illness.

"The only pandemic we have is among the unvaccinated, and they’re killing people," Biden said.

The White House comments drew a quick rebuke from Facebook.

"The White House is looking for scapegoats for missing their vaccine goals," a Facebook spokesperson told NBC's Dylan Beyers.

And while the White House is having a public spat with the Big Tech giant, some Republicans and critics are accusing the White House of being too cozy with Facebook in their efforts to take down posts they deem as problematic.

"Democrats are all about the First Amendment except when they don’t like what’s being said," Rep. Lance Gooden, R-Texas, told Fox News Saturday. Gooden just recently formed a House caucus aimed at reining in Big Tech.

"Normalizing government collusion with Big Tech to censor anything they deem to be misinformation actually puts our First Amendment rights in jeopardy," said Gooden.