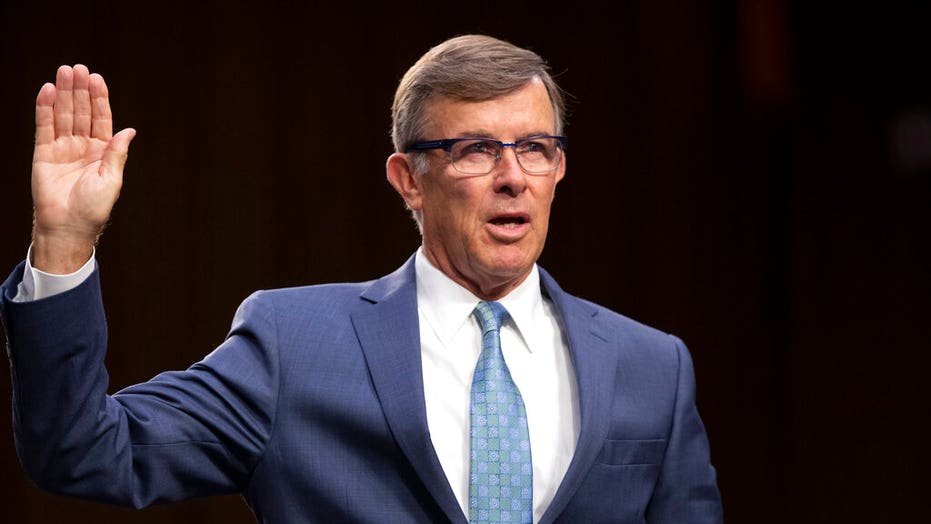 "We support the bipartisan, unanimous resolution passed by the Senate regarding our client's lawful whistleblower complaint and call upon the acting director of national intelligence to transmit our complete disclosure to the two Intelligence Oversight Committees," the statement read.

The Republican-controlled Senate on Tuesday voted by unanimous consent for a resolution calling on the Trump administration to release to the Senate Intelligence Committee the whistleblower’s complaint. The Intelligence Committee has opened a bipartisan investigation into the complaint, and it was reported that the whistleblower may appear before the committee to give closed-door testimony.

AOC ON TRUMP IMPEACHMENT INQUIRY: 'WHAT HE HAS ADMITTED TO IS ALREADY IMPEACHABLE, REGARDLESS OF FUTURE DEVELOPMENTS'

The whisteblower’s legal counsel, Compass Rose Legal Group, confirmed in the statement that it wrote to the acting DNI for security guidance to permit the meeting if needed.

House Intelligence Committee Chairman Adam Schiff, D.-Calif., responded to Compass Rose on Tuesday, requesting an interview with the whistleblower. "In light of your notice of intent to the acting director of national intelligence, the committee requests a voluntary interview with your client on Thursday, Sept. 26, 2019, in the afternoon, following the public testimony of acting Director Maguire before the committee. The committee is prepared to work with you to identify a secure location and format that preserves your client's privacy and ensure protection from reprisal or threat of reprisal," said Schiff.

Schiff also said the committee expects the acting DNI, in light of the legal counsel's letter to him, to cease withholding the complaint and provide the whistleblower with guidance as to how to communicate with his committee directly.

Maguire, as of Monday, was refusing to share details of the complaint with lawmakers. As a prelude to ratcheting up an impeachment inquiry, House Speaker Nancy Pelosi said Sunday that unless Maguire provided information about the whistleblower complaint to Congress, administration officials would "be entering a grave new chapter of lawlessness, which will take us into a whole new stage of investigation.”

In a letter last week, the general counsel for the Office of the Director of National Intelligence (ODNI), Jason Klitenic, wrote the agency is protecting the whistleblower and said the allegation is not an “urgent concern” and did not relate to ‘intelligence activity’ under the DNI’s supervision.

The whistleblower has alleged that President Trump ordered his staff to freeze $400 million in aid to Ukraine days before a July phone call with President Zelensky. Trump told Zelensky he would not release the aid money until Zelenksy investigated Biden and his son Hunter’s ties to a Ukrainian firm some allege was looking to influence the Obama administration through the Bidens.

An inside source told Fox News the whistleblower didn't have any "firsthand knowledge" of the call.

Vandana Rambaran contributed to this report.