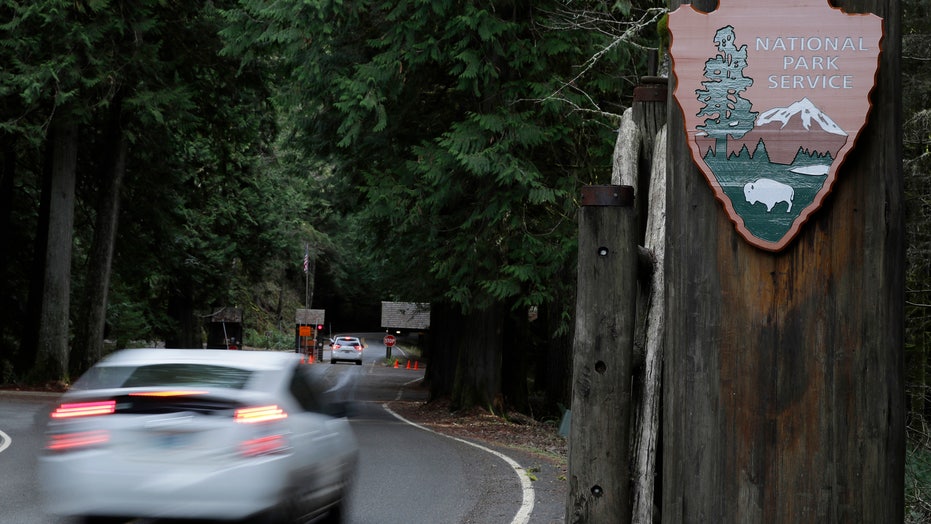 House Speaker Nancy Pelosi, D-Calif., on Thursday signed a bipartisan piece of legislation pushed by the White House that provides funds for conservation and maintenance of public lands.

The bill passed the House and Senate with historic bipartisan support and will now head to President Trump’s desk, where he is sure to sign it.

Here’s what to know about the land conservation legislation:

It would provide repairs to park infrastructure

The National Park Service accounts for 84 million acres of land at 400 different sites. But as of 2019, there was $11.9 billion in deferred maintenance and repairs needed. The bill will direct up to $6.65 billion to priority repairs and up to $3 billion for other agencies like the Fish and Wildlife service.

It would permanently fund the Land and Water Conservation Fund

The bill would irrevocably offer $900 million to the Land and Water Conservation Fund each year. This fund sometimes gets shifted by Congress for other priorities.

It would not use taxpayer funding

None of the funding in the bill would come from taxpayer dollars. Instead, programs would be funded by royalties from energy developments on federal lands and waters. “This concept has been in place for decades, directing royalties that aren’t obligated for other services into funds for priorities repairs,” Marcia Argust with Pew Charitable Trusts told Fox News.

For fiscal years 2021 through 2025, 50 percent of all energy development revenues due to the U.S. would be deposited into the National Parks and Public Land Legacy Fund, up to $1.9 billion each year.

It's marketed as an economic boost

According to the Department of the Interior, the new funding would create an additional 100,000 direct and indirect jobs. As Argust pointed out, it would also drive tourism to help local communities surrounding the national parks.

It has broad bipartisan support

The bill was sponsored by Colorado Republican Sen. Cory Gardner. It had 59 cosponsors in the Senate, 42 Democrats, 15 Republicans and two independents.

“The level of bipartisan support is what the nation needs to see right now and the reasons for support are different-- for some it may be conservation of park resources for others it may be the economic boom from the investment,” Argust said.

The administration has been pushing for it

On Thursday, White House adviser Ivanka Trump and Secretary of the Interior David Bernhardt visited Colorado for a two-day tour to highlight the legislation, delivering remarks at Rocky Mountain Park.

“We MUST protect our National Parks for our children and grandchildren. I am calling on the House to pass the GREAT AMERICAN OUTDOORS ACT today. Thanks @SenCoryGardner and @SteveDaines for all your work on this HISTORIC BILL!” President Trump tweeted on Wednesday.

Some objected to the bill as being too broad

Sen. Mike Lee, R-Utah, slammed his colleagues in June after only four senators showed up to debate the legislation. He said his state would be “disproportionately harmed” by it. Lee expressed concerns over the implications of ever-expanding federal land ownership, the transparency of the Land and Water Conservation Fund, inequity of natural resource revenue-sharing between the federal government and the states, as well as the cost.

“At a time when the federal government is running deficits of almost $1 trillion a month, it is absurd that Congress would pass a bill that would make spending for more land acquisition mandatory. Why should federal land acquisition be made mandatory before benefits for veterans? Or funding for soldiers, sailors, airmen and marines?” Lee wrote on his Facebook page.

He called for the legislation to be amended.

Another Utah Republican, Rob Bishop, urged his colleagues to vote down the legislation, saying there will not be enough energy royalties during the coronavirus pandemic to fund the spending.

“Last month there was an 84% drop in the amount of energy we developed, which means there will be a corresponding drop in royalties,” he said. He also expressed concerns about expanding federal land ownership, particularly in his state where 70 percent of land is federally owned.

Bishop said the bill was amended in the Senate to eliminate a provision that ultimately harms East Coast states.

The act previously included a limitation on how much land the Forest Service could acquire west of the 100th meridian — no more than 15%. The other 85% was supposed to occur east of that line.

Bishop said that requirement should be included because Western states already have a large concentration of federal land ownership and it was time for federal ownership to expand in Eastern states instead.

“As a member from Utah, a state with close to 70% federal land ownership, I support the 100th meridian requirement. Eastern states deserve equality in federal landownership as Congress intended,” he wrote in a letter to members of Congress.

“For a member who supports fully and permanently funding (the Land and Water Conservation Fund) and represents a district east of the 100th meridian, (the bill) is a wolf in sheep’s clothing.”

The Competitive Enterprise Institute, a libertarian think tank, also urged House members to vote no on the legislation.

Director of CEI’s Center for Energy and Environment Myron Ebell said that the first part of the bill, catching up on the billions of backlogged maintenance for federal parks and public lands was “long over due,” but should be considered as a separate bill. He opposed the permanent funding of the Land and Water Conservation Fund.

“We strongly oppose the second title, which would turn the Land and Water Conservation Fund of 1965 into a trust fund not subject to annual congressional appropriation.  It would authorize $900 miLlion annually in perpetuity to be spent mostly on federal and state government acquisition of private land,” Ebell said in a statement to Fox News.

“The federal government already owns far too much land – 640 million acres or more than one-quarter of the country.  It owns far more land than it can adequately manage and maintain, as is evidenced by the need for a special appropriation of $9.5 billion to address half the maintenance backlog,” Ebell continued. He said that federal land is both an economic and environmental burden to rural counties, as the federal government does not pay local property taxes on the land.