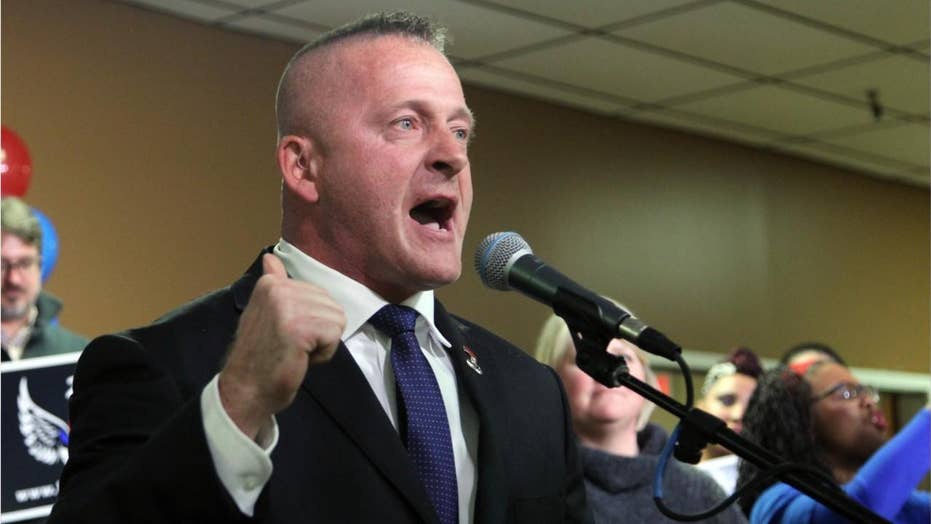 In an hourlong Facebook video, the tattooed Army veteran said he couldn’t see himself accepting money from people struggling to get by for a race “that’s not going to be able to get off the ground.”

“When I was a kid in grade school, my teachers always said that anyone could grow up and become president,” Ojeda said. “Unfortunately, what I’m starting to realize is that unless you have wealth, influence and power, it’s not gonna happen.”

DEM SEN. JOE MANCHIN WILL VOTE YES ON BOTH GOP AND DEMOCRAT PROPOSALS TO END SHUTDOWN

Ojeda -- a Democrat who voted for Republican Donald Trump in 2016 -- announced his presidential run in November after losing a congressional race to Republican Carol Miller. On Jan. 14, he submitted his resignation from the state Senate, WOWK-TV in Huntington, W. Va. reported

As a lawmaker, he sponsored successful legislation to make medical marijuana legal and stressed health care and economic issues.

He also came under fire in September 2018 for allegedly threatening state delegate Rupie Phillips in a Facebook message: "When I'm done with you, you will beg me to ease up. I’m going to make you famous… and it’s not going to be in a good way."

In December, an attack he called politically motivated left him in the hospital with multiple fractures.

In his announcement, Ojeda did not say what he would do next.

“I want you to know though that my fight does not end! I may not have the money to make the media pay attention but I will continue raising my voice and highlighting the issues the working class, the sick and the elderly face in this nation."