Sen. Elizabeth Warren, D-Mass., acknowledges cheers as she takes the stage during an event to formally launch her presidential campaign. (AP)

Elizabeth Warren, the Democratic senator from Massachusetts, is expected to announce a plan Tuesday that would fund universal child care by tapping into revenue from her wealth tax proposal, reports said.

The broad strokes of the plan-- which would cover 12 million children-- would mean no family would have to spend more than seven percent of its total household income, according to The Huffington Post, which first reported on the announcement. The report said the number is based off a Department of Health and Human Services figure on what qualifies as affordable child care.

The plan is still being worked on, but sources told the news outlet that they expect it to cost about $700 billion in new funding over 10 years, or four times what the federal government pays on these programs. 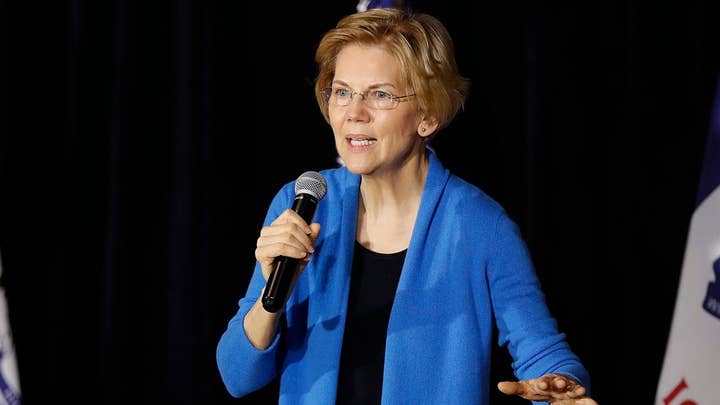 The Wall Street Journal reported that the average family pays $7,200 a year on child care.

The Massachusetts Democrat, a 2020 presidential candidate, would use part of the revenue from her proposed tax on the ultra-wealthy to fund the plan. Her plan calls for a two percent tax on household wealth above $50 million and an additional one percent on those above $1 billion.

Warren’s plan would set up a federal program to guarantee child care from birth until children’s entry into school. Families with income less than 200 percent of the poverty line would get free access.

Her plan would guarantee compensation for child care program workers at rates comparable to public school teachers in their areas.