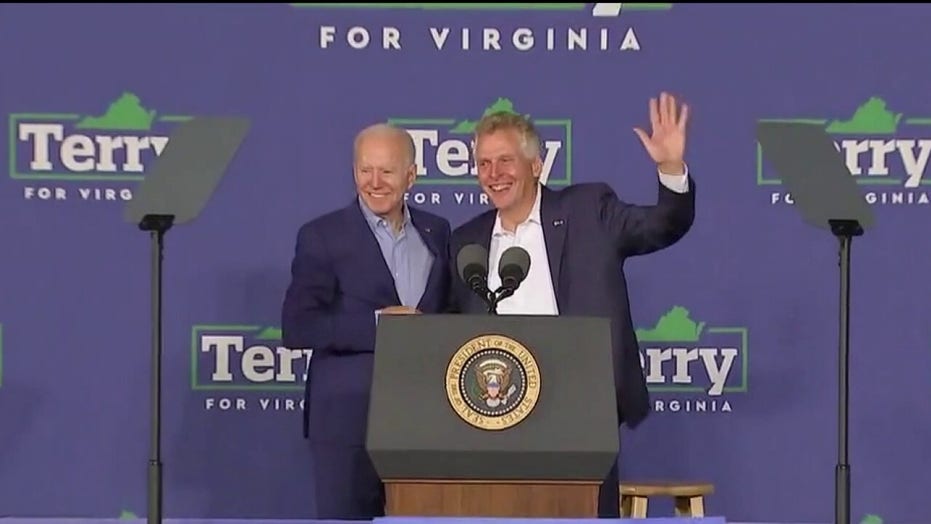 Fox News correspondent Alexandria Hoff reports on how schools are shaping the race.

Tuesday is Election Day in Virginia's deadlocked race for governor, a statewide showdown that’s grabbing plenty of nation attention as it’s seen as a bellwether ahead of next year’s midterm elections.

But if the final margin between former Democratic Gov. Terry McAuliffe and Republican nominee Glenn Youngkin is as tight as the latest public opinion polls suggest, there’s a chance we may not know who wins the race come Election Night. It could take a few extra days to determine the winner in the crucial contest.

The vast majority of early voting and Election Day ballots cast in the race are expected to be counted on Tuesday. And a new law in the commonwealth requires officials to begin counting ballots already received by mail at least a week before Election Day.

But mail in ballots will be accepted if they are postmarked by the end of Election Day, and if they’re received by Noon on Nov. 5, the Friday after the election.

Last year, nearly 11,000 ballots in Virginia were received and counted after Election Day. That’s a tiny fraction of the nearly 4.5 million votes cast in the commonwealth last November.

But if it’s a photo finish between McAuliffe and Youngkin, as the polls indicate, the ballots received after Election Day could be pivotal.

Scott O. Konopasek, director of elections for Fairfax County, the state’s most populous county, told Fox News that "it’s a possibility that we will we have to wait until Friday" to know the winner in Virginia’s gubernatorial election.