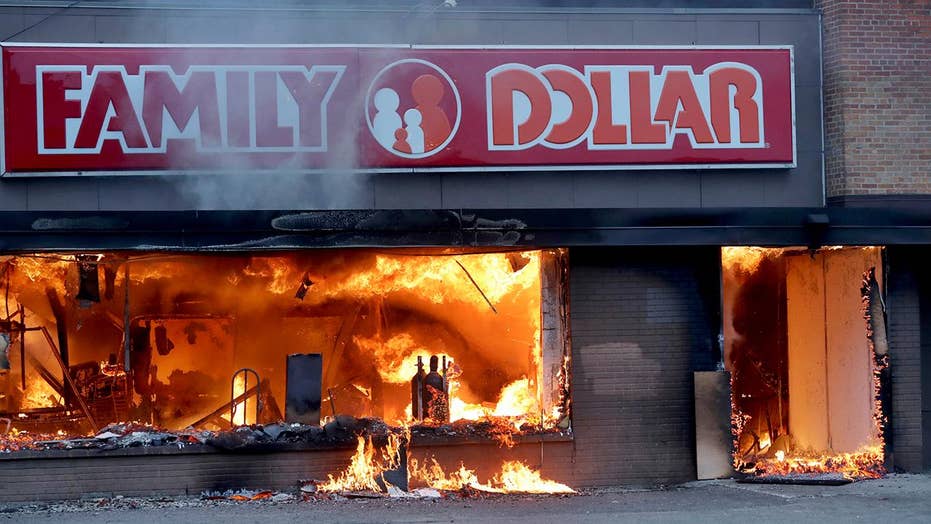 The Fairfax, Virginia Democratic Party is claiming that a "volunteer" was responsible for posting a message to the party's official Twitter account on Sunday afternoon praising riots as an "integral part of this country's march towards progress."

The tweet, which the Democrats deleted on Monday morning amid intense scrutiny, came after a night of chaos across America that injured dozens of federal officers and saw civilians beaten, churches torched, and stores looted.

The post read: "RT @bharatkrishnan9: When President Obama included the Stonewall Riots in his 2nd inaugural, he didn't make that decision lightly. Riots are an integral part of this country's march towards progress." (The letters "RT" are short for "retweet"; the Democrats were indicating that they were manually reposting a tweet from Bharat Krishnan, who self-identifies as an "author of political fantasy," rather than using Twitter's built-in reposting functionality.)

In a statement to Fox News, the Fairfax Democrats' party chairman, Bryan Graham, walked back the post.

"The overwhelmingly peaceful protests that have emerged across this country and around the world in response to the murder of George Floyd are important for the attention they bring to the vicious cycle of systemic racism in this country," the party began, referring to the black man killed while in police custody in Minneapolis. Floyd screamed "I can't breathe" as an officer's knee pressed against his neck.

WHO CALLED MCCONNELL A 'BAG OF FARTS' IF YOU ANSWERED TWITTER'S FACT-CHECKING HEAD, YOU ARE CORRECT

"We must make reforms to the way that police operate in this country to ensure that our criminal justice system is working for our collective safety rather than the subjugation of black Americans. The Fairfax County Democratic Committee does not endorse rioting," the statement continued. "We support the right of peaceful protest and condemn violence. A volunteer retweeted a message on May 30 without the review of our organization’s leadership. When it was brought to our attention, the message was removed to reinforce that it is not a position of our Committee. We are revising our social media policies. Black lives matter."

Four officers have been fired in the Floyd case, and one has been arrested and charged. A video showed the arrested officer kneeling on Floyd for several minutes as he screamed that he could not breathe, although an initial medical examiner's report found "no physical findings that support a diagnosis of traumatic asphyxia or strangulation" -- and cited Floyd's "underlying health conditions including coronary artery disease and hypertensive heart disease," as well as the "potential intoxicants" in his system. However, Floyd's family released their own autopsy report on Monday, indicating that Floyd died from the pressure applied by the officers.

As authorities clashed with demonstrators for the third straight night on Sunday, the parish house connected to the historic St. John’s Episcopal Church across the street from the White House was set on fire late Sunday. The parish house contains offices and parlors for gatherings. The basement, which was also torched, is used for childcare during church services, and had recently undergone renovations.

A senior official in the direct chain of command for defending Washington D.C. told Fox News of more than a dozen to Secret Service agents, some of whom were hurt by rioters throwing bottles and Molotov cocktails in Lafayette Park, just across from the presidential residence.

Demonstrators protest the death of George Floyd, Sunday, May 31, 2020, near the White House in Washington. Floyd died after being restrained by Minneapolis police officers (AP Photo/Alex Brandon)

As observed in New York City and elsewhere, groups in D.C. are planting cars filled with incendiary materials for future use, Fox News was told.  U.S. Marshals and Drug Enforcement Administration (DEA) agents were deployed to the streets of D.C. in an extraordinary move to beef up security alongside local police and Homeland Security agents, including the Secret Service, the Justice Department confirmed late Sunday. Fox News has learned U.S. Attorney for D.C. Mike Sherwin is heavily involved in the operation.

Iowa Law School professor Andy Grewal tweeted: "Friend in Chicago called 911. Phone rang 10 times. He explained that the building across the street was being broken into and looted and the dispatcher then hung up on him."

In Austin, Texas, video showed protesters appearing to cheer as a homeless man's belongings were set on fire.

Protesters in Philadelphia hurled rocks and Molotov cocktails at police, officials said, while masked crowds broke into upscale stores in a San Francisco suburb, fleeing with bags of merchandise.

Looting was rampant in California, even in the well-to-do Bay Area suburb of Walnut Creek. In one bizarre episode caught on tape, looters there appeared to loot other looters.

In Brooklyn, two attorneys, including a New York University School of Law graduate, were charged with throwing a Molotov cocktail at an NYPD cruiser. Colinford Mattis, 32, worked at the Times Square law firm Pryor Cashman, but his profile was removed from the firm's website after the news broke.

In Denver, police fired tear gas and projectiles at demonstrators defying a curfew following a day of peaceful marching and chants of “Don’t shoot” alongside boarded-up businesses that had been vandalized the night before.