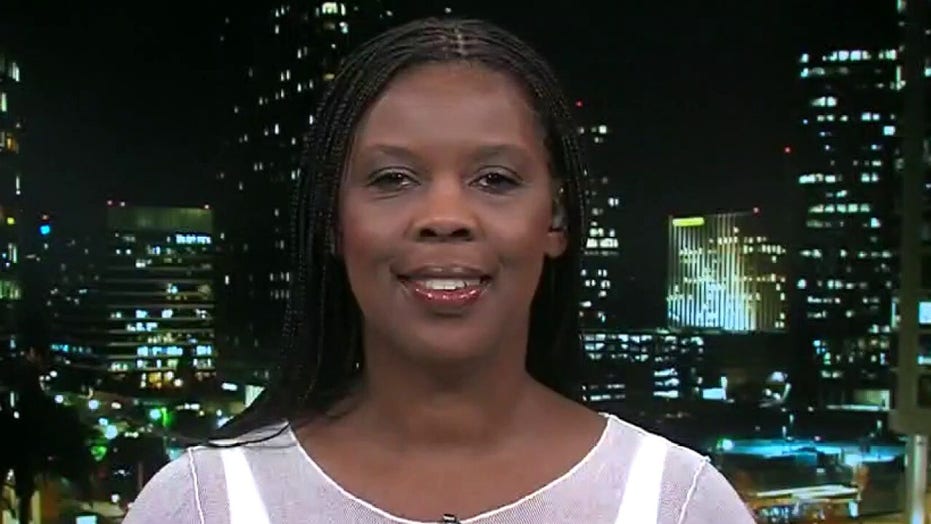 Can nationwide unrest influence the election? The Center for Urban Renewal and Education's Star Parker weighs in on 'Fox &amp; Friends Weekend.'

“I think they're setting up Donald Trump for a landslide,” she said. “He may even get the only state that Ronald Reagan didn't get after the last bout we had with these types of anti-American sentiments. We're talking about all of these organizations now, these peaceful protesters taking on the tactics of the KKK: threats, intimidation, what next?”

Parker said she believes “chaos” will ensue until Election Day while Americans in the cities and suburbs will watch as protests keep towns boarded up.

According to Parker, the protesters' purpose in continuous unrest is to “destabilize our society” and push the idea that the foundations of America are inherently “evil.”

Flames rise from a street after a liquid had been spread and lit, Saturday, Sept. 5, 2020, during protests in Portland, Ore. (AP Photo/Andrew Selsky)

“They are after our founding principles,” she said. “They think that America is inherently evil because it was rooted in Christianity and capitalism and a constitution, a rule of law where we get to elect our officials and they don't like this.

“I think that they don't mind Donald Trump being the president because it would be much easier for them to continue this totalitarian push under a Donald Trump presidency than under a Joe Biden presidency,” she added.

And the Biden campaign’s stance on the matter has been nothing but hypocritical, Parker said, since they call for an end to violence, yet vice presidential nominee Kamala Harris has pushed funding to release jailed protesters -- allowing them to "wreak havoc" further.

“They’re going to continue this actually as a strategic call,” she said. “But I don't think that they have their pulse on the American people. The American people want Donald Trump's leadership because it's about law and order. It's about a rule of law. So she can continue to play both sides, but they will get beat in November.”