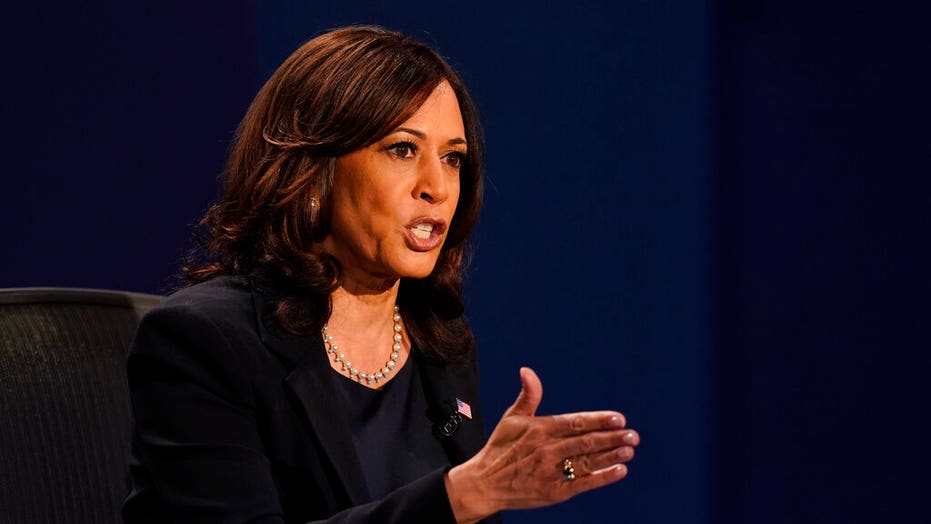 Harris quotes Biden as saying foreign policy is about 'relationships'

Sen. Kamala Harris knocked the Trump administration on foreign policy during Wednesday's debate in Utah against Vice President Mike Pence, claiming the U.S. was losing support among allies as a result of its actions.

“Let’s talk about standing," she said. "Pew, a reputable research firm, has done an analysis that shows that leaders of all of our formerly allied countries have now decided that they hold in greater esteem and respect Xi Jinping, the head of the Chinese Communist Party, than they do Donald Trump, the president of the United States. This is where we are today, because of a failure of leadership by this administration.”

On Tuesday, the Pew Research Center said data showed that while many people in the world’s most advanced economies saw both the U.S. and China negatively, more of them saw the U.S. favorably, especially in South Korea and Japan, two U.S. allies that neighbor China.

FOX NEWS POLL: VOTERS MORE FAVORABLE TO HARRIS THAN PENCE AHEAD OF DEBATE

Still, most people said China had handled the coronavirus pandemic better than the U.S. And very few people had confidence in either President Trump or Chinese President Xi Jinping – 17 percent and 19 percent, respectively.

Unfavorable views of China climbed to record highs in many of the 14 countries surveyed.

“The Trump administration’s perspective and approach to China has resulted in the loss of American lives, American jobs and America’s standing,” Harris argued.

She blamed the Trump administration for getting rid of an Obama-era “team of disease experts” that she said had been sent to China to monitor potential pandemic outbreaks there.

Pence interjected that that statement was “not true.”

Harris also knocked the administration on the Iran nuclear deal.

“Because of Donald Trump’s unilateral approach to foreign policy, coupled with his isolationism, he pulled us out and has made America less safe,” she said.

“It’s about relationships, and the thing that has always been part of the strength of our nation in addition to our great military, has been that we keep our word,” Harris said. “But Donald Trump doesn’t understand that, because he doesn’t understand what it means to be honest.”

“Well President Trump kept his word when we moved the American Embassy to Jerusalem, the capital of the state of Israel,” Pence countered. “When Joe Biden was vice president they promised to do that but never did.”

Pence said the Trump administration has stood in support of allies but has “been demanding.”

“NATO is now contributing more to our common defense than ever before thanks to President Trump’s leadership,” he said.