US denies entry to founder of anti-Israel BDS movement 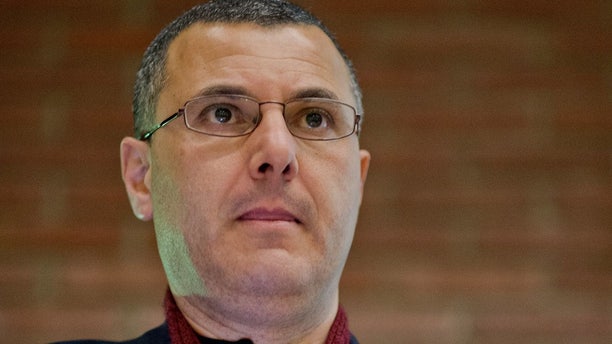 A founder of the anti-Israel Boycott, Divest and Sanctions (BDS) movement was barred from entering the U.S. on Wednesday, amid an escalating pushback against the anti-Israel movement in Congress.

Omar Barghouti was traveling to the U.S. for a speaking tour, the group said in a statement, when he was told by airline staff at Israel’s Ben Gurion Airport that his visa was revoked “for immigration reasons” and he wasn’t allowed to board his flight.

"The U.S. entry ban against me, which is ideologically and politically motivated, is part of Israel's escalating repression against Palestinian, Israeli and international human rights defenders in the BDS movement for freedom, justice and equality," he said.

"Israel is not merely continuing its decades old system of military occupation, apartheid and ethnic cleansing; it is increasingly outsourcing its outragous, McCarthyite repression to the U.S. and to xenophobic, far-right cohorts across the world."

The Jerusalem Post reported that he had been invited to speak at events at New York University and Harvard University, as well as Washington D.C. He was also to attend his daughter’s wedding.

The BDS movement has picked up worldwide traction among the international anti-Israel left, including in America, and advocates boycotts, divestment and sanctions against Israeli businesses, universities and cultural institutions.

Barghouti’s apparent ban comes as Republicans in Congress are accusing Democrats of allowing anti-Semitism to infect their party, and are seeking to pass legislation to allow states to penalize the movement. The Hill reported that House GOP lawmakers are launching a discharge petition to force a vote on the Senate bill.

Democrats have battled accusations of anti-Semitism, a controversy that blew up in March when Rep. Ilhan Omar, D-Minn., suggested that supporters of Israel were pushing for U.S. politicians to declare "allegiance" to that nation.

House Minority Whip Steve Scalise made reference to the controversy as he condemned House Democratic leadership for not bringing the Senate bill to the floor.

“The Senate responded quickly and decisively with appropriate legislation to counter the dangerous BDS movement, but Speaker [Nancy] Pelosi has refused to bring this bipartisan bill to the House Floor and House Democrats stood idly by as their colleagues made senseless anti-Semitic remarks,” Scalise said, according to The Hill

In an address to the Republican Jewish Coalition in Las Vegas, President Trump on Saturday referenced Omar and said the Democrats “have even allowed the terrible scourge of anti-Semitism to take root in their party and in their country.”