Reps. Tony Gonzales, R-Texas, and Ashley Hinson, R-Iowa, were the only two GOP freshmen to earn spots on so-called "A" committees, which are the most sought-after House assignments.

Aside from the Appropriations Committee, the three other top-tier panels are Energy and Commerce, Ways and Means and Financial Services. No GOP freshmen were chosen for those three panels.

Gonzales, a Navy veteran who held a Texas border district Democrats had targeted to flip, said colleagues "kind of snickered" at him when said he wanted to make the Appropriations Committees in his first year in Congress. But Gonzales said his whole life story has been about beating the odds, and the uphill climb made him campaign harder for the slot.

"I was able to land on the committee for the same reasons I was able to win this race, and that was I just worked my tail off. You know, I've always had a strong work ethic," Gonzales told Fox News.

When Gonzales realized early on he didn't have campaign handouts, he and his team worked that night to get the so-called "push cards" designed and printed at a Kinkos. By the next morning, he was passing out his selling points to members of the Steering Committee who decide committee assignments.

"I think as time went on, other members started to realize that, 'Hey, you know, Tony's going to be a statesman. Tony is going to be someone that's going to roll up his sleeves and just go to work, and that's exactly what we need on the Appropriations Committee,'" Gonzales said.

Hinson, a former morning TV news anchor and two-term Iowa state representative, also highlighted her work ethic in running for the committee. In less than three weeks in office, Hinson has already co-sponsored 22 pieces of legislation. As rioters stormed the Capitol and Hinson was barricaded in her office, she said her team continued to work on her good governance policy priorities.

"All of this craziness is happening outside and we're working on trying to figure out what bills I should be cosponsoring," Hinson told Fox News.

Hinson beat Rep. Democratic Rep. Abby Finkenauer in November and ran as a taxpayer advocate. In her new role on Appropriations, she wants to curb excessive spending and reform Washington's "broken" funding system.

"I look forward to kind of serving as a check on the liberal agenda that we're going to see come out of Democrats in the next two years," Hinson said.

ASHLEY HINSON, FORMER TV NEWS ANCHOR, IS LOOKING FOR SOLUTIONS — NOT TO 'LAUNCH FIREBOMBS' IN CONGRESS

"I am looking at the price tags of a lot of these things and seeing Janet Yellen saying we need to go 'big,'" Hinson said. "And that scares me a little bit too because I think we need to go targeted." 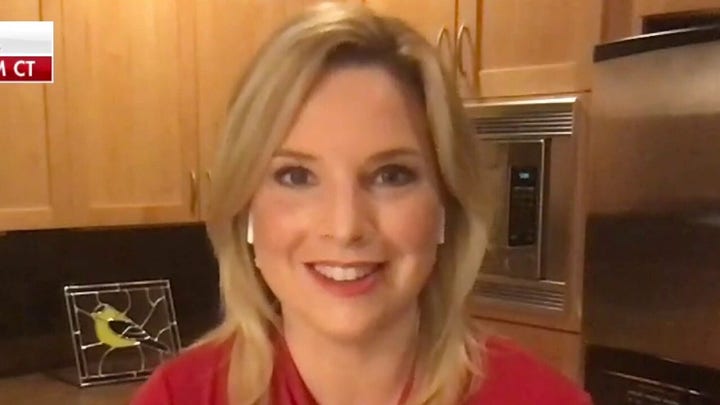 Rep. Kay Granger, R-Texas, the top Republican on the Appropriations Committee, welcomed the newest additions to the committee. She said Hinson is a "fierce advocate for taxpayers" with a track record of cutting "irresponsible spending" in Iowa. Granger praised Gonzales' hard work and "fresh perspective" that will deliver results to Texans.

Both Gonzales and Hinson stressed their ability to work in a bipartisan fashion on the committee that traditionally finds compromise when deciding billions in government funding.

Gonzales and Hinson did not join with their GOP colleagues who voted to decertify Biden's Electoral College win in Pennsylvania even after the deadly riot on Jan. 6.

In a sign of unity, Gonzales and Hinson will both be attending Biden's inauguration ceremony.

"I'm an American, I believe in America. I believe in the office of the presidency. I want my constituents to see me there representing them and being a part of this sacred kind of moment. It's an honorable thing," Gonzales said.

Hinson said her attendance will signal her support for a peaceful transfer of power and a restoration of decorum and respect in governance.

"I'm ready to get to work and cut through the chaos and dysfunction that I ran against, and I think people are ready for that too," Hinson said. "They want that to end and they want people who are going to come here and work together and get things done."