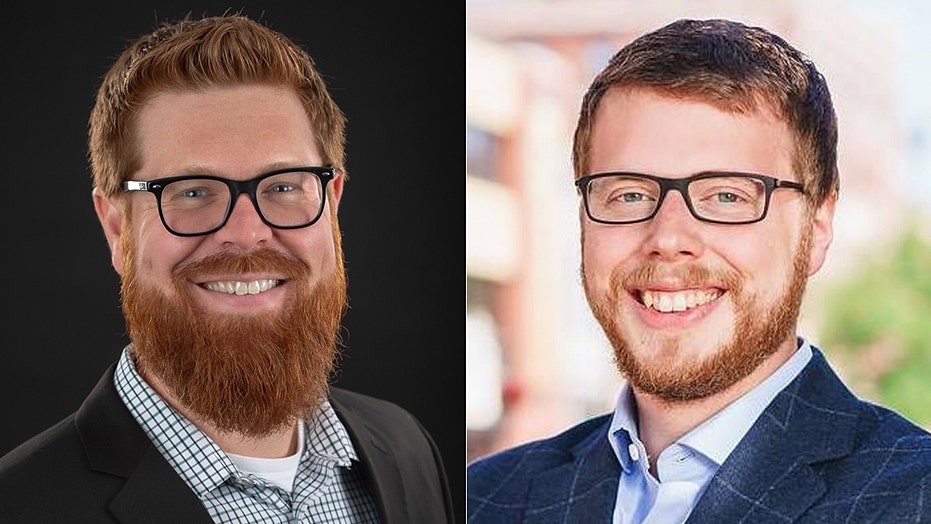 Voters are sure to be confused in North Dakota’s District 46 legislative race this year, as two men with the same name and shockingly similar appearances are both running for the same seat on the Democratic ticket.

Ben M. Hanson and Ben W. Hanson are both running for state representative. On the ballot, they are separated only by their middle initials. Both Hansons grew up in Fargo, both graduated from the same college, both are in their mid-30s, have red hair, glasses and a beard.

This election is Ben M.’s first foray into politics, but Ben W. served as a state representative in District 12 in 2012 before losing his seat in 2016.

Years later, Ben M. decided to confuse the Fargo area even more and join his doppelgänger in the political arena.

"First time I met Ben, it was probably, 5 years ago? 4 years ago? I walked in to grab lunch, I asked, 'are you Ben Hanson?," Ben M. Hanson described of meeting Ben W. Hanson for the first time.

The 2020 race isn’t necessarily a battle of the Bens as two seats are up for grabs in District 46.

"Name recognition is a huge huge battle," Ben M. Hanson said. "So right of the bat, we're kind of one in the same, same team." Both Hansons are running against two Republican incumbents. All four are expected to pass through the June 9 primary since they are uncontested within their parties.

"A current sitting representative, Carla Rose Hanson, and there's another Hanson running up in Mayville," Ben W. Hanson explained. "I can't remember his first name. So we may just form a whole Hanson caucus when we get out there."

Ben M. says his platform is focused on daycare accessibility and school improvements. "Give new workers an incentive to move to North Dakota, if they know they can bring their family and be successful," he explained.

Meanwhile, Ben W. says his policies would look to help small businesses in North Dakota. "Take advantage of things like a state-owned bank, that's been helping out small businesses where the federal government has failed," he said.