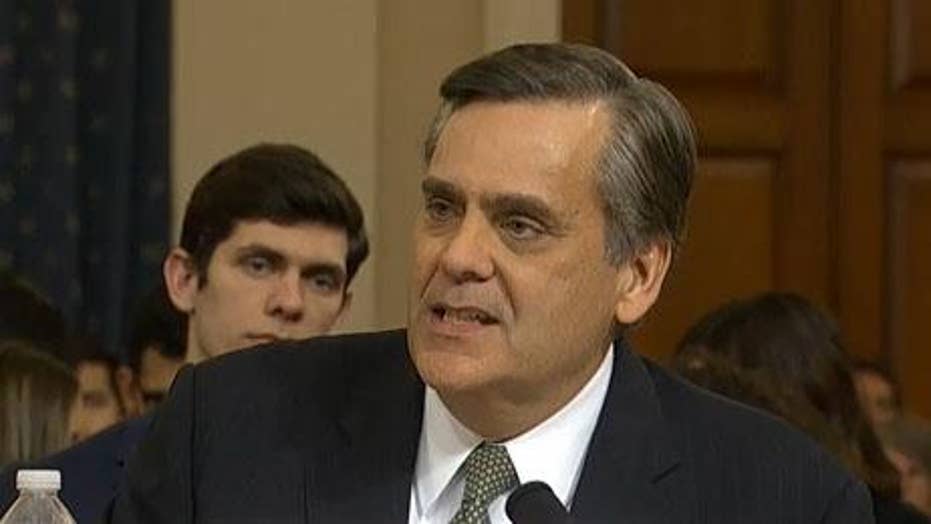 Turley calls out Dems: 'It's your abuse of power'

Prof Jonathan Turley calls out Democrats for abuse of power, "you are doing precisely what you are criticizing the president of doing"

Constitutional scholar and George Washington University law professor Jonathan Turley told lawmakers on Wednesday during the Trump impeachment inquiry hearing that it would be an abuse of their power to impeach President Trump.

Appearing before the House Judiciary Committee, Turley accused lawmakers of doing “precisely” what they’re condemning Trump for doing and urged the committee to respect the separation of powers during the process or risk abusing their positions.

“I can’t emphasize this enough and I’ll say it just one more time: If you impeach a president, if you make a high crime and misdemeanor out of going to the courts; it is an abuse of power,” Turley said. “It’s your abuse of power.”

“You’re doing precisely what you’re criticizing the president for doing. We have a third branch that deals with conflicts at the other two branches, and what comes out of there, what you do with it, is the very definition of legitimacy,” Turley added.

Turley, the only witness called by Republicans to testify on Wednesday, argued against impeaching the president. He said impeachments against former Presidents Bill Clinton and Richard Nixon came after clear, undeniable crimes were committed.

“The record does not establish obstruction in this case,” Turley said.