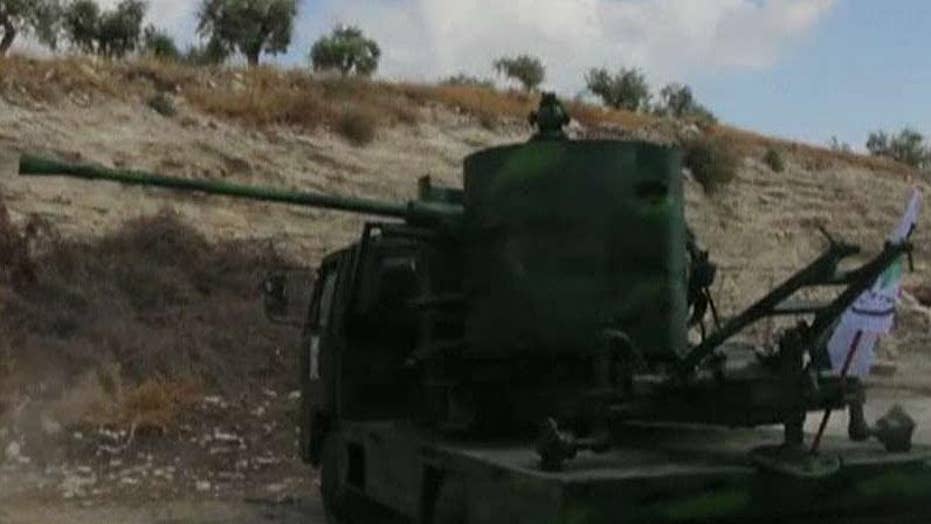 The president says Turkey must take over captured ISIS fighters as the 'stupid endless wars' for the U.S. are ending; Jennifer Griffin has the latest from the Pentagon

Turkey’s incursion into northern Syria following President Trump’s unexpected pullback of troops from the border region has reignited a fight within the Republican Party over America's role in the Middle East -- and seen the president face withering criticism from some of his otherwise staunchest allies in Congress.

Turkish President Recep Tayyip Erdogan announced Wednesday that Ankara had launched its offensive against Kurdish fighters in Syria – a key U.S. ally in the battle against the Islamic State. As convoys of Turkish Armed Forces vehicles rolled toward the border with Syria, Turkey launched airstrikes and artillery fire at Kurdish strongholds in the country.

The Britain-based Syrian Observatory for Human Rights said one fighter from the Syrian Democratic Forces has been killed so far and six others have been wounded. An SDF spokesperson also said two civilians have been killed as a result of the "Turkish bombardment" of the village of Mashrafa and Kurdish forces are warning of a “humanitarian catastrophe” that could potentially unfold because of the Turkish military operation.

The news of the Turkish assault ratcheted up the criticism Trump has received from the neoconservative wing of the Republican Party, which has long defended the U.S. presence in the volatile region and, in response to the troop pullback, warned that Washington is abandoning its only true ally in Syria.

She added: “Impossible to understand why [President Trump] is leaving America’s allies to be slaughtered and enabling the return of ISIS.”

In arguably the tensest situation the president has been in with his own party since assuming office -- amid an impeachment fight where most GOP lawmakers still support him -- Trump sought to clarify his stance Wednesday afternoon. In a written statement, he said he does not support Turkey’s invasion of the region, but added that his goal since launching his presidential bid in 2015 was to stop “these endless, senseless wars—especially those that don’t benefit the United States.”

“The United States does not endorse this attack and has made it clear to Turkey that this operation is a bad idea,” Trump said in a statement. “Turkey has committed to protecting civilians, protecting religious minorities, including Christians, and ensuring no humanitarian crisis takes place—and we will hold them to this commitment.” 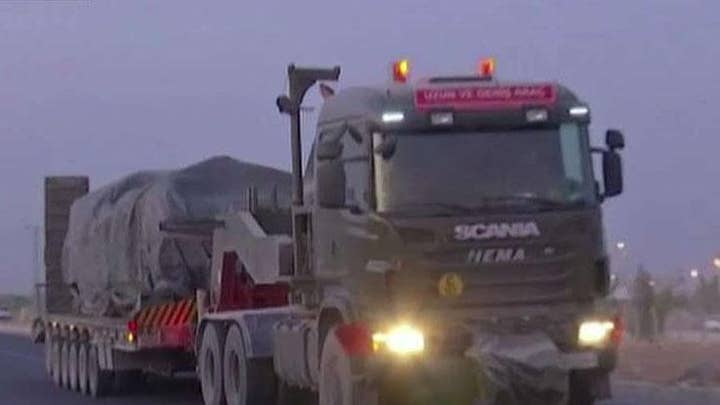 SEN. MCSALLY SAYS US SHOULD STAND WITH KURDS

"Fighting between various groups that has been going on for hundreds of years. USA should never have been in Middle East," Trump tweeted. "The stupid endless wars, for us, are ending!"

The president added that he is "slowly & carefully" bringing home "our great soldiers & military," in line with his campaign promise to do so.

He added: "Our focus is on the BIG PICTURE! THE USA IS GREATER THAN EVER BEFORE!"

Sen. Lindsey Graham, R-S.C., one of Trump’s closest allies and a leading voice in the Senate on foreign policy, stepped up his criticism of the president Wednesday, telling "Fox & Friends" that if Trump "follows through with this, it would be the biggest mistake of his presidency."

In tweets, Graham also urged prayers for "our Kurdish allies who have been shamelessly abandoned by the Trump Administration," adding, "This move ensures the reemergence of ISIS." He also said he would lead an effort in Congress to "make Erdogan pay a heavy price.”

While Trump’s decision has largely been panned by congressional Republicans, the president has a very vocal ally on Capitol Hill: Kentucky Republican Sen. Rand Paul.

Trump and Paul have clashed on various issues since both were vying for the Republican presidential nomination in 2016, but the two share a common ideology when it comes to opposing American intervention in foreign countries.

“I know this [Trump] is the first President in my lifetime to understand what is our national interest and what is not,” Paul tweeted. “He is stopping the endless wars and we will be stronger as a result. The Cheney/Graham Neocon War Caucus has cost us too much fighting endless wars.”

Trump’s call for ending U.S. military involvement in the Middle East and bringing the troops home was a feature of his presidential campaign, but it flies in the face of many decades of bipartisan American policy, even as the Trump administration and its immediate predecessor have tried to give additional attention to what they see as long-term security threats elsewhere, including from China and Russia. 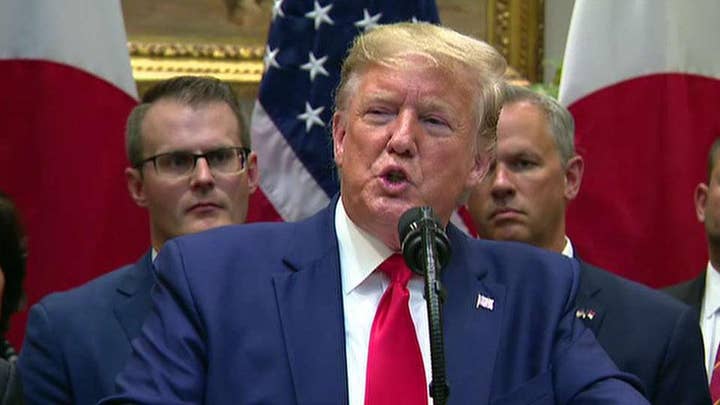 The U.S. has more than 10,000 troops based across the Middle East, including about 5,200 in Iraq, 1,000 in Syria and several thousand others at bases in Kuwait, the United Arab Emirates and Qatar. Also, the U.S. Navy's Mideast headquarters is at Bahrain in the Persian Gulf.

Just a couple of months ago the Pentagon reestablished a troop presence in Saudi Arabia after a lengthy absence, and in May it added air and naval forces in the region in response to what it views as worrying threats from Iran.