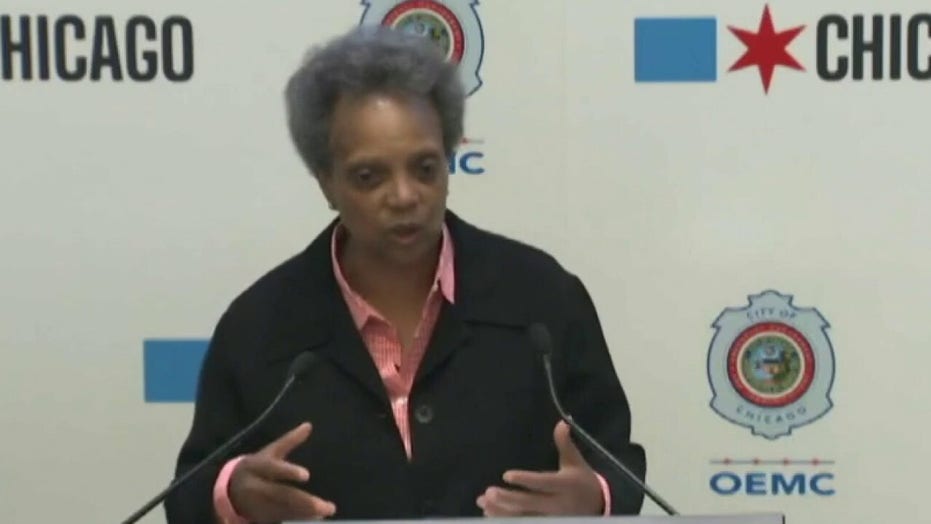 Former Democratic Congresswoman Tulsi Gabbard accused Chicago Mayor Lori Lightfoot on Friday of harboring anti-White racism and called for her to step down over her remarks this week about the city's media landscape.

In a tweet, Gabbard, a one-time Democratic presidential candidate from Hawaii, also called on President Joe Biden and other leaders to join her.

"Mayor Lightfoot's blatant anti-white racism is abhorrent," she wrote. "I call upon President Biden, Kamala Harris, and other leaders of our county—of all races—to join me in calling for Mayor Lightfoot's resignation. Our leaders must condemn all racism, including anti-white."

Lightfoot, a Democrat who is the city's first Black and openly gay mayor, has come under fire after announcing that she would only grant individual interviews to journalists of color. She also criticized the city's media outlets for their "overwhelming whiteness and maleness" in a two-page letter on Wednesday.

"In looking at the absence of diversity across the City Hall press corps and other newsrooms, sadly it does not appear that many of the media institutions in Chicago have caught on and truly have not embraced this moment," she wrote. "I have been struck since my first day on the campaign trail back in 2018 by the overwhelming whiteness and maleness of Chicago media outlets, editorial boards, the political press corps, and yes, the City Hall press corps specifically."

The remarks came as she was celebrating her second anniversary as mayor.

In a series of tweets on Wednesday, Lightfoot noted that the Chicago City Hall press corps is "overwhelmingly White in a city where more than half of the city identifies as Black, Latino, AAPI or Native American."

"This is exactly why I'm being intentional about prioritizing media requests from POC reporters on the occasion of the two-year anniversary of my inauguration as mayor of this great city," she further stated.