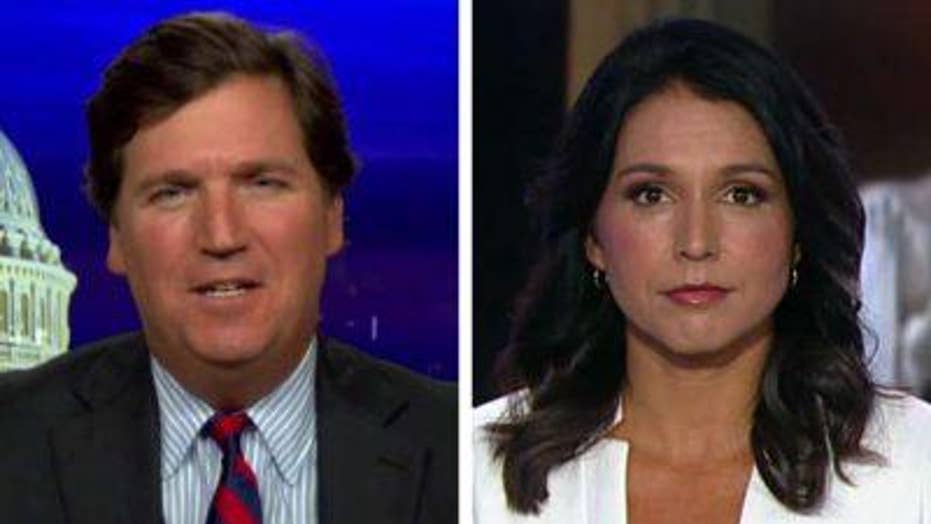 Democratic presidential candidate Rep. Tulsi Gabbard, D-Hawaii took President Trump to task over his response to attacks on Saudi oil fields, likening his wait-and-see approach to being “Saudi Arabia’s b----.”

Trump tweeted earlier Sunday that the U.S. was “waiting to hear from the Kingdom as to who they believe was the cause of the attack, and under what terms we would proceed!”

“Trump awaits instructions from his Saudi masters,” Gabbard tweeted in response. “Having our country act as Saudi Arabia’s b---- is not ‘America First.’”

The attack on the world’s largest oil processing facility and a nearby oil field in Saudi Arabia were hit by drone attacks early Saturday by Iranian-backed Yemeni rebels.

Gabbard made the same off-color remark last year after Trump stood by Saudi Arabia amid backlash for the murder of writer Jamal Khashoggi.

“It could very well be that the Crown Prince had knowledge of this tragic event – maybe he did and maybe he didn’t!” Trump said in a statement that outlined the importance of a strong U.S.-Saudi relationship.

Gabbard, evidently not impressed, tweeted: “Hey @realdonaldtrump: being Saudi Arabia’s b---- is not ‘America First.’

Gabbard, an Iraq War veteran and member of the Hawaii National Guard, has faced criticism for meeting with Syrian dictator Bashar al-Assad in January 2017.

She has defended the meeting as a “fact-finding” mission.”