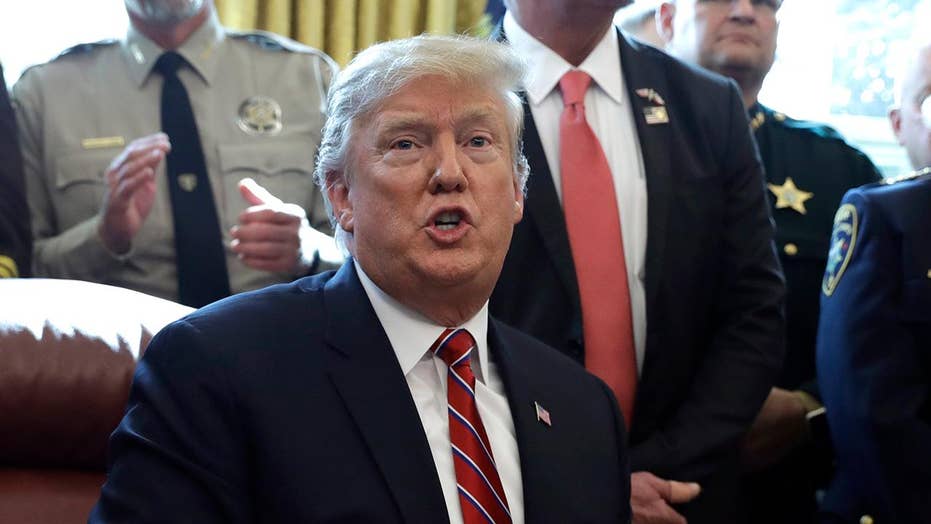 Trump issues the first veto of his presidency

President Trump on Friday used the first veto of his administration to reject a bipartisan resolution that sought to block his declaration of a national emergency at the border, a move almost certain to kill the measure.

"Today I am vetoing this resolution," Trump, surrounded by law enforcement officials and families of those killed by illegal immigrants, said in the Oval Office. "Congress has the freedom to pass this resolution and I have the duty to veto it."

Trump’s veto came a day after 12 Senate Republicans joined Democrats in voting for the resolution, despite last-minute efforts between the White House and GOP lawmakers to keep the Republican Party united. The measure ultimately passed 59-41, and Trump immediately vowed to veto.

While the original passage marked a stinging rebuke from members of Trump's own party, his veto is likely the last word as lawmakers are unlikely to muster the two-thirds majority required to override.

On Friday, Trump called the resolution "dangerous" and said it would have revoked border operations put into place by the declaration. He also thanked Republicans who voted against the resolution.

"I have to in particular thank Republicans, strong Republican senators that were on our side and on the side of border security," he said. He later added that the vote for the resolution was "a vote against reality."

Senate Minority Leader Chuck Schumer, D-N.Y., said that the veto was a sign that Trump "had chosen to trample all over the Constitution."

“It is no surprise that the president holds the rule of law and our Constitution in minimal regard. There is no emergency; Congress has refused to fund his wall multiple times; Mexico won’t pay for it; and a bipartisan majority in both chambers just voted to terminate his fake emergency," Schumer said in a statement.

House Speaker Nancy Pelosi, D-Calif., said that the House will vote to override the veto on March 26.

“House Republicans will have to choose between their partisan hypocrisy and their sacred oath to support and defend the Constitution,” she said in a statement. 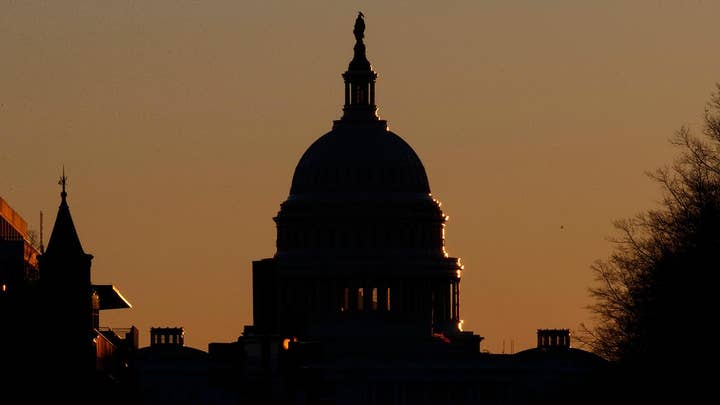 Senate Democrats, who have consistently opposed many of Trump’s hardline immigration policies, were joined by Republicans who expressed support for Trump’s calls to build a wall -- but cited concern about the expansion of presidential power. The resolution had previously passed the Democrat-controlled House.

SENATE VOTES TO END US SUPPORT FOR SAUDI FORCES IN YEMEN

Lee, meanwhile, had introduced a bill that would end future emergency declarations after 30 days, in an effort to allow Republicans to vote against the resolution. But after Trump said he opposed that legislation, Lee eventually backed the measure to rebuff Trump.