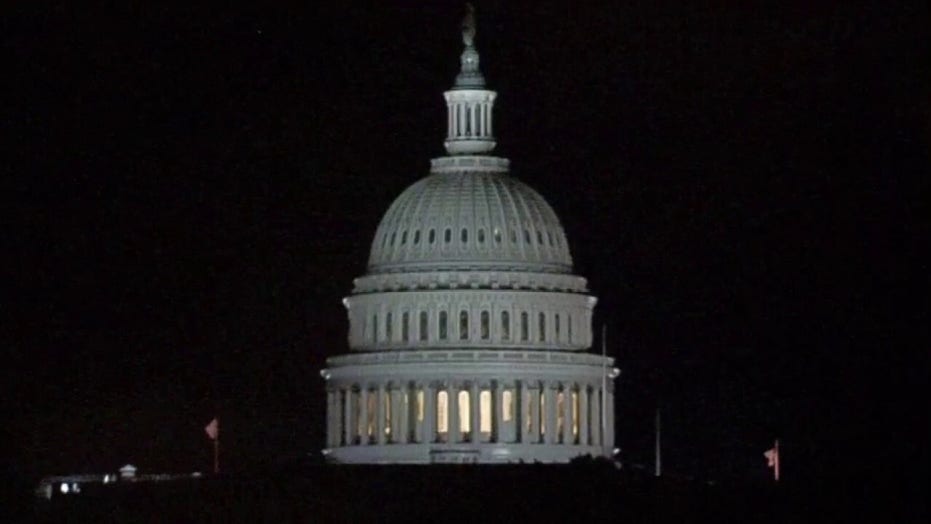 President Trump on Tuesday night warned that Republicans should vote against the reauthorization of the Foreign Intelligence Surveillance Act (FISA), the controversial measure that sets up a separate legal avenue for the U.S. government to get permission to spy on individuals who might be agents of a foreign power in the United States.

The act is currently expired, with a renewal of its provisions with some reform measures currently working its way through Congress.

Trump, in his Tuesday tweet, said that Republicans should vote "NO" on the reauthorization, citing apparent abuse of the act in the surveillance of some of the members of his 2016 campaign during investigations into whether there was collusion between the Trump campaign and Russia in the nation's efforts to boost Trump's candidacy.

"I hope all Republican House Members vote NO on FISA until such time as our Country is able to determine how and why the greatest political, criminal, and subversive scandal in USA history took place!" Trump tweeted.

An investigation by former Special Counsel Robert Mueller ended with no criminal charges for collusion-related activity.

Fox News is told that Trump's tweet does not necessarily equate to a veto threat and that the president would like to see the final form of the bill before deciding whether to send it back to Congress.

FISA reform has been a hot topic since a report from the Justice Department inspector general revealed significant inaccuracies and omissions by the FBI in FISA warrant applications that led to the Foreign Intelligence Surveillance Court authorizing surveillance of Trump campaign adviser Carter Page in 2016. A subsequent report showed that the FBI's violations of FISA-related rules went beyond the Russia investigation.

"[N]ew documents from the FBI investigation of former-National Security Advisor Michael Flynn were released to the public and they paint a troubling picture of FBI agents and officials bending the rules to entrap an innocent American who committed no crime," Sen. Mike Lee, R-Utah, said in a statement earlier this month.

He continued: "Our federal government’s law enforcement procedures are desperately in need of reform and we have a real opportunity to begin that reform next week when the FISA program comes up for reauthorization."

The Flynn case is currently in limbo, as a district court judge has invited outside parties to weigh in on whether he should accept the Department of Justice's (DOJ) motion to drop its prosecution against Flynn, who previously pleaded guilty to lying to the FBI but later sought to withdraw that plea. Flynn's lawyers are currently appealing that decision and seeking to have an appeals court approve the DOJ's motion to drop the case entirely.

Additionally, lawmakers who tend to emphasize civil liberties have long been suspicious of FISA, which creates the Foreign Intelligence Surveillance Court (FISC), the body that allows federal law enforcement and intelligence agencies to request surveillance warrants for intelligence snooping.

The House of Representatives on Wednesday had been poised to consider an amendment to a FISA reform package passed by the Senate earlier this month with bipartisan support. The Senate package had not only significant support in the Senate, but also the backing of House Speaker Nancy Pelosi, D-Calif., and Attorney General William Barr.

The amendment would build further on the reform efforts in the Senate bill by banning searches of web browser history without a warrant. Reps. Zoe Lofgren, D-Calif., and Warren Davidson, R-Ohio, are behind the measure in the House. The amendment failed by one vote in the Senate when Sens. Ron Wyden, D-Ore., and Steve Daines, R-Mont., introduced it there.

If the House does approve the amendment introduced by Lofgren and Davidson, the Senate would be forced to consider the bill again as Congress works to get a bill to the president's desk.